America Destroyed From Within By Marxist Democrats

We All Know Biden Is Not in Charge; So, Who Is Really Running the Country? The Answer Will Shock You 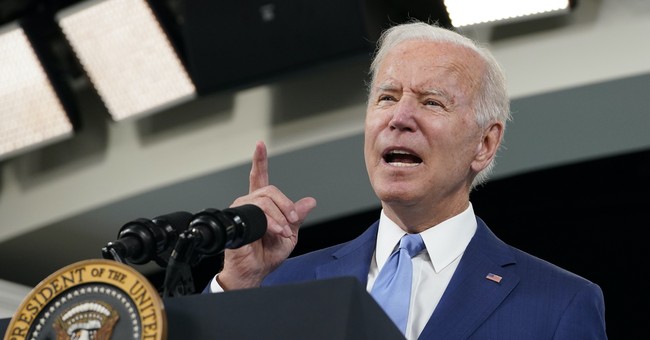 I’ve given dozens of speeches across America in the past month — in front of conservative crowds, business leaders, patriots and Christians. I’ve told all of them my opinion that President Joe Biden is a brain-dead zombie puppet, incapable of knowing the difference between his wife and sister. I’m certain his wife Jill feeds him baby food in the White House basement — in a mask.

He should be in a 24/7 care nursing home, not the presidency.

He should be wearing a sign around his neck saying, “Hi, I’m Joe. If I get lost, please call my mommy Jill to come get me at 800-WHITE-HOUSE.”

Biden is not running America. Check out poor Joe’s press conferences. As soon as his empty mind starts to wander, or the press asks him any question more difficult than, “What is your favourite flavour of ice cream?” someone cuts off his microphone. Who? Who makes that decision? Who gives that order?

But the real question is: Who is the ventriloquist?

This is clearly a communist takeover of the United States. Who is carrying it out? Who is the real power behind the throne? Who is speaking and moving the lips when Biden’s mouth opens?

Here is my answer. I believe these are the three evil groups running the show.

No. 1: Former President Barack Obama is back for his third term, to finish the job he started — the destruction of America, American exceptionalism, capitalism and the great American middle class.

No. 2: But make no mistake, Obama isn’t the boss, either. Evil billionaire George Soros is giving Obama his marching orders. In the end, money talks. Soros has all the money in the world, along with a burning passion to destroy America. Obama takes his marching orders from Soros. Obama is Soros’ little b—.

Then we come to the real power behind the throne. The boss of bosses. The capo di tutti. China and the Chinese Communist Party. Everyone is taking orders from China and the CCP. China bribes all the politicians in America and around the world with billions in offshore bank accounts. China owns Biden and his family. China owns virtually the entire leadership of the Democratic Party — and quite a few establishment RINO Republicans, too.

It’s easy to see China is the top dog. You’d have to be blind, deaf or really dumb to not see that. Everything happening in Biden’s first 10 months in office just happens to weaken and divide America while benefiting China:

We are being hit from a thousand directions. It’s all about weakening and destroying America while giving the advantage to China and the CCP.
And it’s all right out of the communist playbook — a combination of the Cloward-Piven strategy I learned at Columbia University (alongside my classmate Obama) and “Rules for Radicals,” written by Saul Alinsky and dedicated to Lucifer (the devil).

I explain this evil conspiracy in detail in my new national No. 1 bestseller, “The Great Patriot Protest & Boycott Book.”

But what matters now is how we respond. I believe the only answer is to fight fire with fire. No more playing nice. No more turning the other cheek.

We are fighting a conspiracy involving three of the most powerful evil entities in America’s history — Obama, Soros and the Chinese Communist Party. We must fight like our lives and freedom depend on it …