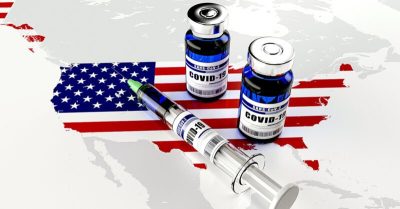 “The guilt for the mass murder is solely that of the political leaders….. I accuse the leaders of abusing my obedience. At that time obedience was demanded, just as in the future it will also be demanded of the subordinate. Obedience is commended as a virtue.”  —Adolph Eichmann, Nazi, at his trial

Early in the declared Covid19 Pandemic, America’s medical community —  and this included America’s pharmacies  —  coalesced around a system of outlawing medicines known to be effective, safe and inexpensive, notably ivermectin and hydroxychloroquine  In time, it became obvious that withholding early treatment was crucial for the pharmaceutical industry’s project to vaccinate the world against a claimed Covid19 virus.

Had the effectiveness of inexpensive and available medicines been widely seen, the pretext for ‘Emergency Use Authorization’ of a warpspeed-produced experimental product would have vaporized. With a trillion dollar global vaccination project at stake, that couldn’t be allowed, so the lies of ivermectin and hydroxychloroquine being toxic were authoritatively enforced.

The policy descended (and continues to descend) from administrative networks within the Department of Health and Human Services, (notably CDC and NIAID) to the states. These networks are part of, and fed by, an international complex involving the World Health Organization, itself under the control of international pharmaceutical interests focused primarily on vaccines, as well as on gene manipulations sold under the deceptive banner of “vaccine”.

This multi-pronged, vaccine-focused universe now includes research universities and medical schools, medical societies and fraudulent medical journals showcasing ghost-written “scientific” articles. A key player is the discipline of Public Health, a politicized field posing as objective science, enforcer of official narrative and hurler of the “misinformation” epithet at dissenters. And of course there is the compliant media. And money, endless rivers of it.

At hospital level, commands from this complex flow through desk-bound administrators, with doctors and nurses induced to follow those commands for fear of losing needed hospital access. Failure to mind can even result in suspension of license to practice medicine. This control system extends to state medical boards under the umbrella of the Federation of State Medical Boards, the guidelines of which require practitioners to use treatments “… supported by the best available scientific evidence or prevailing scientific consensus”. But officially accepted “best available scientific evidence” is now so tightly controlled that one is literally forced toward the “prevailing scientific consensus”.

The “consensus” referred to is a rigidly enforced story, and divergence from it is immediately attacked from all corners of officialdom as “misinformation”. A key branch of the army protecting the official, lie-riddled storyline has been the burgeoning fact-check industry, succinctly nailed by Dr. Bryan Ardis  “Fact checking is to divert you from the truth and take you back to the narrative you’re being sold worldwide.”

You doctors who have been obedient to an industry-inspired, governmentally-driven protocol have abdicated the doctor-patient relationship. And what is true for doctors in this respect applies to nurses as well. By withholding available treatments and sending sick people home; by injecting a trusting public with an experimental gene-altering technology that has potentially devastating long-range, even trans-generational impacts; by not seeing immediately the criminal idiocy of injecting children, for whom the claimed virus is known to be benign, you have made your patients de facto lab animals.

FBI Director J. Edgar Hoover once wrote “The individual is handicapped by coming face to face with a conspiracy so monstrous he cannot believe it exists.” The Covid19 Pandemic, set up as justification for a global project to inject humanity with a gene-altering death-dealing technology, is certainly monstrous enough to handicap anyone, at least for a time. It is murderous on a scale so immense as to be unbelievable on first exposure. And that alone may have posed too great a barrier for most of the multitude to even want to take a closer look.

But you medical professionals cannot claim ignorance at this late date, when mere minutes of online search can reveal that outstanding medical figures all over the world have been struggling against censorship and mainstream media vomitings to expose the lie-riddled Covid19/“vaccine” project ( 1, 2, 3…) For their troubles, of course, they continue to be attacked by the media network long known to be rotten to the core. Has your choosing to be obedient within this long nightmare been simply to hold on to a job? Or have you just been too lazy to search out censored information? Or too uncaring? Or are you just stupid? Only you would know for sure.

Josef Mengele, like yourselves, was a medical doctor. At Auschwitz concentration camp, his grisly medical experiments won him a place in history as Todesengel, “The Angel of Death”. He is supposed to have said “The more we do to you, the less you seem to believe we are doing it.” Does that seem familiar, and do your patients still trust you? In any case, you medics who have been so obedient to the vaccine industry’s merciless global project might want to get to know Dr. Mengele. There are even books on the man. After all, he was a soul mate of yours, as you have, eyes wide open, made yourselves, whether by omission or commission, his medical heirs.

Bill Willers is an emeritus professor of biology, University of Wisconsin at Oshkosh. He is founder of the Superior Wilderness Action Network and editor of Learning to Listen to the Land, and Unmanaged Landscapes, both from Island Press. He can be contacted at willers@uwosh.edu.