Any Rational Person Would Declare Fauci A Mass Murderer 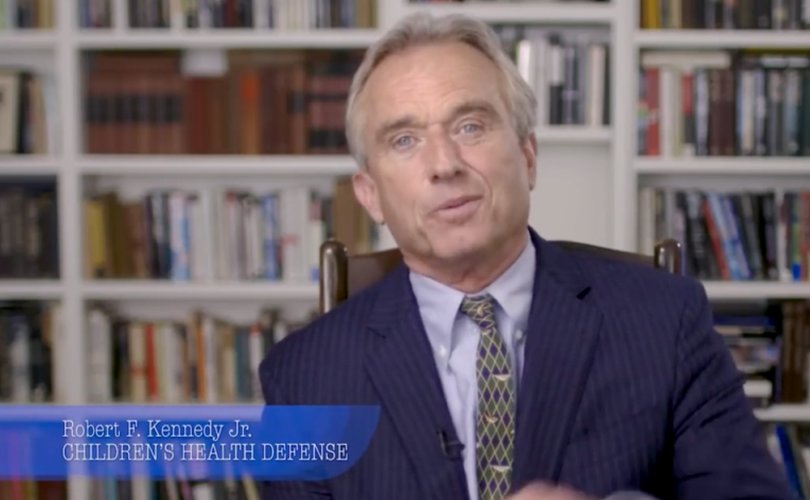 On an episode of Cohen’s podcast, “Mea Culpa with Michael Cohen,” he asked Kennedy: “Based on your findings, do you believe that Dr. Fauci and Bill Gates should be investigated for criminal wrongdoing?”

Kennedy, who is Chairman of Children’s Health Defence, responded with a simple, “yes.”

Kennedy went on to say that he thinks that because of “Fauci’s policies – 80% of the people who died from COVID should not have died.”

“We should’ve been doing early treatment like the Chinese did,” he said. “In April, they had protocols with all the drugs we know are effective, anti-coagulants, anti-inflammatory steroids, hydroxychloroquine or chloroquine, and then vitamins, Vitamin D.”

“They obliterated the pandemic after a month and a half using early treatment, the Chinese had three deaths per million population, you know, but Tony Fauci, had 2,200 Americans [per million]. We have the biggest body count in the world because of his policies.”

He said that “of course he [Fauci] should be criminally charged… He deliberately sabotaged by using fraudulent methodologies,” which suppressed “ivermectin, hydroxychloroquine, and promoted a drug that he knew was deadly, Remdesivir.”

The podcast description labelled Kennedy a “COVID Conspiracy King,” and Cohen challenged Kennedy on his willingness to appear on shows like Tucker Carlson’s, which the former Trump attorney thinks encourage the “far-right.”

Kennedy responded, “I’m willing to talk to anybody who is willing to listen about this.”

“And I don’t have to agree with you, Michael. I appreciate you letting me talk to your audience,” he said, adding, “I’ll talk to anybody. I’ll talk to the biggest idiot in the world, and I’ll talk to criminals if they’re the only way that I can get my message out.”

Cohen was disbarred as a lawyer after being found guilty of criminal actions, including tax and bank fraud. On December 12, 2018, he was sentenced to three years in federal prison.

The book is heavily critical of Fauci, Gates, and the conflicts that Kennedy sees as emanating from relationships between the two.

Appearing on Fox Nation in November, Kennedy explained the ties between Fauci and Gates to Carlson. He told Carlson that “in 2000, Tony Fauci flew out to Seattle, Washington.”

“He had this…very strange meeting in Bill Gate’s $85 million mansion…Gates brought him into his library, and he said, ‘I want to propose a partnership with you.’”

According to Kennedy, the partnership was “to try to vaccinate all of humanity.” In 2009, the program was “rechristened” as the “Decade of Vaccines.”

“Gates went to the UN and gave this speech in which he promised to vaccinate essentially all of humanity with a multiple battery of vaccines by 2020.”

RFK, Jr. added that Gates used “quasi-governmental agencies” to “gain control of the WHO.”

“So he owns stakes, very, very large stakes in almost all the big pharmaceutical companies, and he gives essentially about a billion dollars to WHO every year, but through Rotary International… and through the Gates Foundation.”

“That gives him control over WHO’s policies,” he said. “Nothing that goes through the WHO is not vetted first by the Gates Foundation.”

Kennedy said that “over 50% of their [WHO] budget focuses on one of Gates’ vaccines… the polio vaccine… it was a flawed vaccine. The polio vaccine, according to WHO’s own number, causes 70% of the polio on Earth every year.”

— Article continues below Petition —
PETITION: No to mandatory vaccination for the coronavirus

He went on to explain how the reliance on money from Gates and his foundations coerces African nations into only buying vaccines that Gates has a financial stake in, through a variety of non-profit endeavours.

“You know, what motivates is pretty simple…power,” he said. “If you’re a sociopath… [you] want to have power.”