NER: Africans have the advantage of being led for generations by the “Big Men” of Africa who claimed everything for themselves while depriving the people. They know that governments, such as they are in Africa, are invariably corrupt, & sometimes, as now in South Africa, horrendously corrupt & infinitely bribable.

Why Do the African People Oppose Big Pharma’s Experimental Injections? 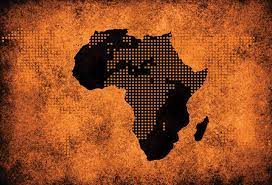 During the 1900’s, Germany was one of the main European powers that controlled several colonies in Africa turning the people into test subjects.  Germany’s colonies included ‘German South-West Africa’ which is Namibia today, there was also Kamerun, which is now called Cameroon, there was also ‘German East Africa’ which is now made up of Tanzania, Rwanda and Burundi.  Africans can recall what happened during those times of German colonization especially with the  Herero women of Namibia.

Historically, German doctors experimented on the Herero women with “sterilization tests” in order to ban mixed-race marriages.  Fast forward to 1996, Big Pharma giant Pfizer conducted a clinical trial with a drug called trovafloxacin (Trovan) at the height of meningococcal meningitis outbreak in Kano, Nigeria.  The chosen guinea pigs were 200 Nigerian children, 100 of the children were given Trovan while the remaining 100 children received what they considered the “gold-standard anti-meningitis treatment, ceftriaxone” which is described as  a “cephalosporin antibiotic.”  What was cynical about the clinical trials is that Pfizer gave a reduced dose of ceftriaxone so that their drug Trovan, would prove to be more effective.  In 2007, the BBC published an article ‘Nigeria sues drugs giant Pfizer’ said that “Nigeria has filed charges against the pharmaceutical company Pfizer, accusing it of carrying out improper trials for an anti-meningitis drug.”  However, in a corporate fascist manner, Pfizer denied “any wrongdoing”:

The government is seeking $7bn (£3.5bn) in damages for the families of children who allegedly died or suffered side-effects after being given Trovan. Kano state government has filed separate charges against Pfizer.  The firm denies any wrongdoing, saying the trials were conducted according to Nigerian and international law

The results of the 200 Nigerian children were not good, in fact Kano officials said that the trials resulted in more than 50 deaths with others suffered from severe side effects including physical deformities:

Pfizer – the world’s largest pharmaceutical company – tested the experimental antibiotic Trovan in Kano during an outbreak of meningitis which had affected thousands in 1996. Some 200 children were tested. Pfizer say 11 of them died of meningitis, but Kano officials say about 50 died whilst others developed mental and physical deformities.

Byrant Haskins, a Pfizer spokesperson at the time said “These allegations against Pfizer, which are not new, are highly inflammatory and not based on all the facts,” he told the Reuters news agency.  Haskins also said the trials “had helped save lives.”  The BBC had mentioned one fact that is surely undeniable:

In an interesting note on the whole clinical trial ordeal, Pfizer had said that they received “verbal consent” from the parents but apparently Pfizer “neglected to informed consent from the parents of the patients, who were, anyway, too stressed to make rational decisions” according to a 2020 Al-Jazeera report.

One last experiment on the African people I would like to mention happened in 1994 in Zimbabwe during the AZT human trials that was funded by the Centres for Disease Control (CDC) and the National Institutes of Health (NIH).  AZT (Azidothymidine) was developed in the 1960’s as a way to fight cancer by allowing the compound in the drug to insert into the DNA of the cancer cell in order to stop it from reproducing itself but tests on mice proved that AZT had been a failure.   With that said, American physicians in collaboration with the University of Zimbabwe proceeded with the AZT trials basically without informed consent that included the testing 17,000 women who basically did not understand the dangers of the tests to prevent mother-to-child transmission of HIV/AIDS.  The result was that more than 1000 babies had contracted HIV due to the experiments.

Moderna Rep: Everyone Taking COVID-19 Vaccine Is “Pretty Much” Part of a Clinical Trial

Many Africans remember the history of these events involving Big Pharma and that’s why they oppose vaccines and most drugs that come from the West.  I came across an interesting article published by a World Bank sponsored blog titled ‘What is driving COVID-19 vaccine hesitancy in Sub-Saharan Africa?’ that basically says that the African people are sceptical of the Covid-19 experimental injections for various reasons, “as African countries accelerate the deployment of COVID-19 (coronavirus) vaccines, the issue of vaccine hesitancy looms.”  The authors of this article Neia Prata Menezes, Muloongo Simuzingili, Zelalem Yilma Debebe, Fedja Pivodic and Ernest Massiah say that vaccine hesitancy is due to the shortage of Covid-19 experimental injections but at the same time they also admit that it’s not the only explanation of low vaccination rate on the continent, “In Africa, hesitancy must be viewed in the context of significant vaccine shortage; hesitancy does not explain fully the low vaccination rates in Africa. The slow vaccine rollout on the continent is  due to supply constraints, structural issues, and logistical barriers.”  However the safety of the experimental injections with its side effects are the main drivers of vaccine hesitancy in several countries according to the authors:

In a recent five-country Afrobarometer survey  six out of 10 citizens in Benin, Liberia, Niger, Senegal and Togo were hesitant to get vaccinated.  In Africa, there are multiple drivers of vaccine hesitancy. Concerns about safety, side effects, and effectiveness are widespread—and observed among health workers in Zimbabwe, Ghana, South Africa, Kenya, Sudan and Ethiopia.

AstraZeneca’s experimental injections were also mentioned as it was suspended in European countries and South Africa’s data proved its ineffectiveness led to the rejection of the AstraZeneca vaccines by several African countries.  News that the Johnson & Johnson’s vaccine that was suspended in the US due to blood clots also created vaccine hesitancy throughout Africa.

What is not surprising about the World Bank article is that it blames vaccine hesitancy on “conspiracy theories” as a contributing factor:

Many also do not trust their corrupted governments officials since historically they are susceptible to bribes from western governments and multinational corporations:

Many in Africa especially in Niger and Liberia believe that praying to God was more effective than the experimental injections, “Religious beliefs also inform vaccine acceptance. Close to 90% of individuals surveyed in Niger and Liberia said that prayer was more effective than the vaccine.”  A recent poll showed “six African countries showed religious beliefs as key determinants of hesitancy.”  And who can blame them?  The African people understand Western vaccines are extremely dangerous, so for them, praying to God is a lot more safer than taking an experimental injection.

The authors also pointed out that many believe that they are being used as guinea pigs for what the authors call “Western medical practices” and are targeted for depopulation:

Mistrust of vaccines developed in Western countries is not new in Africa. It is rooted in the history of unethical Western medical practices on the continent where early efforts to address disease diminished trust in Western medicine and led to underutilization of health services.

Approximately 43% of those surveyed by the Africa CDC 15-country study believed that Africans were being used as guinea pigs in vaccine trials. Similar findings were noted in DRC; and, a 2021 survey in Addis Ababa  hesitancy was associated with the belief that the vaccine was a biological weapon from developed countries to control population growth

So what is their solution to convince Africans that Western vaccines are safe and effective? You guessed it! They believe that more propaganda is needed to convince the African people to take the experimental injections:

As vaccine supply increases and communication campaigns expand, changes in hesitancy are being observed. This needs to be constantly monitored to develop consistent and effective communication strategies that address the challenges posed by new variants and more divergent views on COVID-19 and vaccines continue to flood social media

One other factor that we must add that was not mentioned in the World Bank article is the use of alternative drugs such as Ivermectin and HCQ as pointed out by Dr Paul Craig Roberts in ‘The Triumph of Evil? The Suppression of Ivermectin and HCQ in Support of the COVID Vaccination Catastrophe’ who said

“now evidence arises from  Japanese researchers that in countries in Africa where Onchocerciasis or River Blindness is endemic, Ivermectin is distributed to the population to prevent or cure infection.  In these countries, there is practically no Covid.” The African people are one of the most awaken people on earth when it comes to any form of medicine that basically comes from the west.

They understand what are dangers behind Big Pharma’s long-term agenda because that continent has experienced life through centuries of European colonization.

Timothy Alexander Guzman writes on his own blog site, Silent Crow News, where this article was originally published. He is a frequent contributor to Global Research.

Featured image is from SCN