Death In The Womb For Some, Sterilisation For The Rest 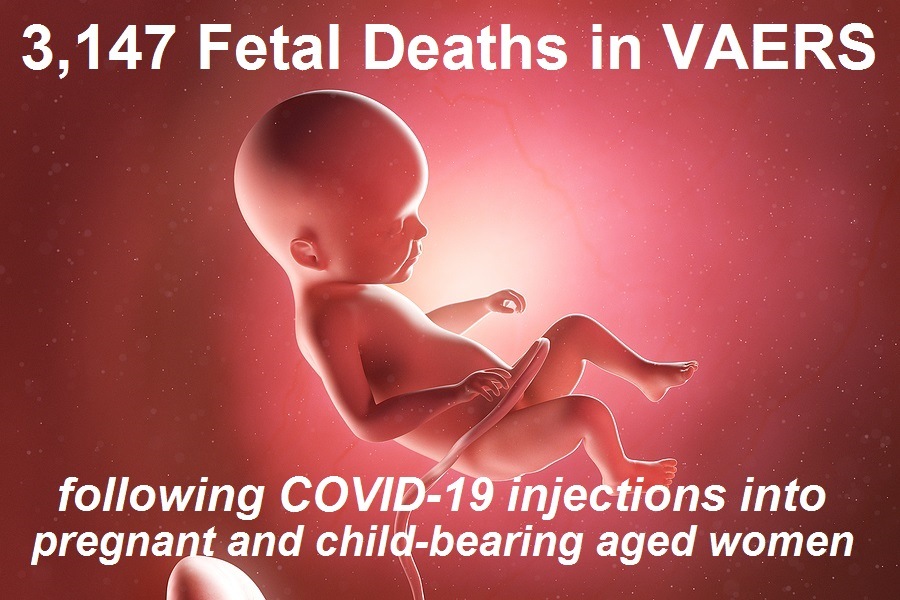 Now that we have a full year of injecting people with an experimental gene altering shot for COVID-19, we can conclusively state that this is most definitely a weapon of mass destruction, as it not only kills and cripples people in the present, but it destroys unborn children in the womb as well, and is most likely making an entire generation of child-bearing aged females infertile.

And the facts that support this statement are found in the government’s own database of Vaccine Adverse Events Reporting System (VAERS), as incomplete as that data set is.

I have basically employed two methods of analysing the data in VAERS in my reports for the past year, and that is by comparing what is published by the government for the experimental COVID-19 shots with all the FDA-approved vaccines for the past 32 years, since VAERS began in 1990.

This gives us a true “apples to apples” approach using only the data that they supply.

The other method is to determine the “under-reporting multiplier” as everyone admits, including the government health authorities, that VAERS is a passive system that is vastly under reported.

I have used Dr. Jessica Rose’s analysis done on the under-reporting multiplier that is published here, and she determined that based on her analysis, the COVID-19 reporting in VAERS needs to be multiplied by a factor of 41X.

To arrive at the number of foetal deaths recorded in VAERS I had to test several different searches on listed “symptoms” and then see if the search results documented foetal deaths, since there is no demographic for “foetal deaths.”

The following is the current list of “symptoms” in VAERS that reveals foetal deaths:

This list may not be exhaustive. But using this list with the last update in VAERS that contains data through December 31, 2021, I have found 3,147 foetal deaths recorded following the COVID-19 shots into pregnant women, or into women of child-bearing age who became pregnant shortly after receiving one of the experimental COVID-19 injections (such as ectopic pregnancies). (Source.)

Please note that these deaths would be in addition to the recorded deaths of people already born, which as of the December 31, 2021 VAERS data release is 21,382 (source).

Using the under-reporting multiplier of 41X, we have 876,662 deaths after the COVID-19 shots, and that is in addition to the 129,027 foetal deaths. (NER: Note for the sceptical. A 3 year Harvard study concluded that VAERS records <1% of actual events, hence a factor of 100x is not unreasonable)

THAT’S OVER 1 MILLION DEATHS IN JUST THE FIRST YEAR OF THE COVID-19 “VACCINES”!

You don’t believe it? Just look around you at the so-called “supply chain” bottlenecks that are getting worse, not better, and understand that there is NOT a shortage of products, but a shortage of HUMAN LABOR!

Using the “apples to apples” analysis of the VAERS data, I performed the exact same search on the symptoms listed above for all FDA-approved vaccines in the database prior to December, 2020, which is the month the first two COVID-19 shots were issued emergency use authorization.

That search returned a value of 2,479 foetal deaths following ALL vaccines for the previous 31 years, or an average of about 80 foetal deaths per year. (Source.)

And if someone like myself just sitting at home behind a computer searching the U.S. Government’s VAERS database can see this, you can be sure that all the scientists and doctors who work for the government that also have access to this data see it too.

Here is a video report on this atrocity that we published in October last year. 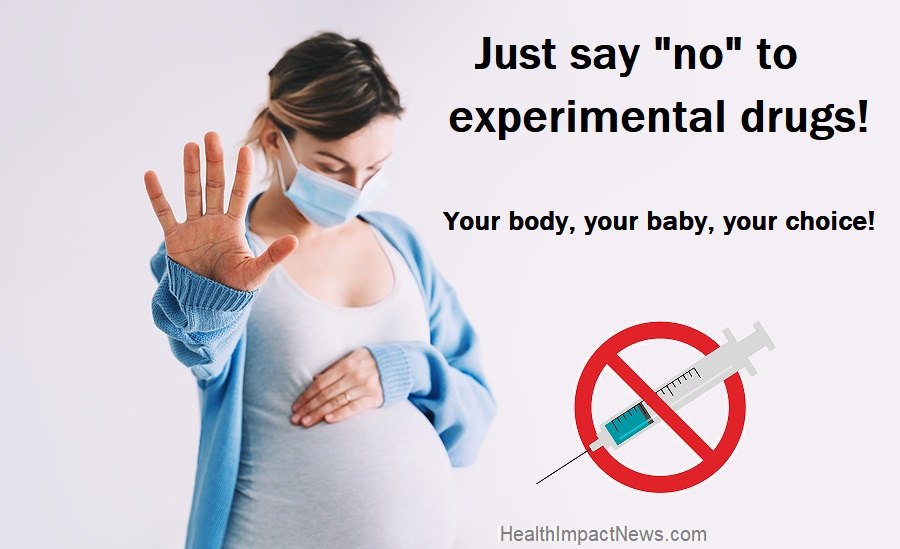 Stop calling this a “conspiracy theory” and wake up!

This is population reduction planning. This is genocide. These are crimes against humanity.

THIS IS PURE EVIL!

(2 Thessalonians 1:6-9)God is just: He will pay back trouble to those who trouble you and give relief to you who are troubled, and to us as well.

This will happen when the Lord Jesus is revealed from heaven in blazing fire with his powerful angels.

He will punish those who do not know God and do not obey the gospel of our Lord Jesus.

They will be punished with everlasting destruction and shut out from the presence of the Lord and from the majesty of his power.