Deaths of Vaxed Being Hidden & Hushed UP 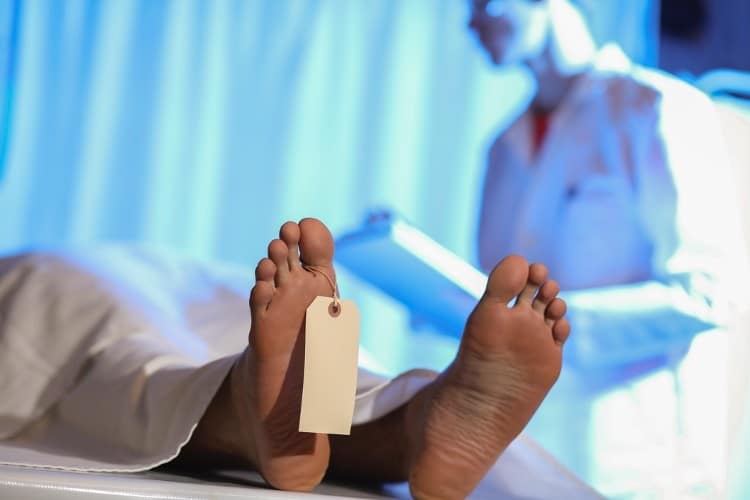 A renowned German pathologist has sounded the alarm on the number of fatal consequences of COVID-19 vaccinations being drastically underestimated, according to his findings.

Peter Schirmacher, the director of the Pathological Institute of the University of Heidelberg, who was admired by The Pathologist magazine as one of the world’s 100 most influential professionals in the field, stated that 30 to 40 percent of people who died within two weeks after receiving a COVID-19 vaccine and whom he performed an autopsy on died from the vaccination, according to the local outlet Augsburger Allgemeine.

The pathologist argues that just like cadavers of people who died from COVID-19, corpses of people who die within the short period of time after receiving a COVID-19 vaccine should be examined more frequently and meticulously. He added that currently, pathologists do not study possible connections between inoculation and a development of deadly health implications such as cerebral vein thrombosis or autoimmune diseases. Since vaccinated people usually do not die under clinical observation, Schirmacher explains, “The doctor examining the corpse does not establish a context with the vaccination and certifies a natural death and the patient is buried. Or he certifies an unclear type of death, and the public prosecutor sees no third-party fault and releases the corpse for burial.”

Schirmacher said that in the German state of Baden-Württemberg, his autopsy group worked closely with public prosecutors, the police, and resident doctors to study the phenomenon, and that the vaccine-related morbidity rate that they established is a “politically explosive statement in times when the vaccination campaign is losing momentum, the delta variant is spreading rapidly and restrictions on non-vaccinated people are being discussed.”

Baden-Württemberg Science Minister Theresia Bauer stated that the findings of 200 autopsies of COVID-19 victims have led, among other things, to better treatment and ventilation of COVID-19 patients. “The knowledge gained here therefore helps to be able to treat sick people better and more successfully and to save lives,” Bauer added.

The administration of German Chancellor Angela Merkel rejected Schirmacher’s conclusions and seemingly declined his calls, stating that vaccines are safe. The Paul Ehrlich Institute, a German federal agency, medical regulatory body, and research institution for vaccines and biomedicines, announced that Schirmacher’s statements were “incomprehensible.” Thomas Mertens, chairman of the Standing Committee on Vaccination (Stiko), dismissed the findings: “I don’t know of any data that would allow a justifiable statement to be made here and I am not assuming an unreported number.”

Schirmacher defends his opinion and calls for further study into the issue. “My colleagues are definitely wrong because they cannot assess this specific question competently,” he responded. Schirmacher added that while he has no intention to spread panic or discourage vaccination, he believes that “individual protection consideration” had been overlooked in the attempt to mass-vaccinate the general public.

Schirmacher is not alone in his calls. The Federal Association of German Pathologists is also urging more autopsies of vaccinated people. Johannes Friemann, head of the autopsy working group in the association, stressed such a practice is the only way to exclude or prove connections between deaths and vaccinations. Reportedly, the group requested Health Minister Jens Spahn in March to promote the practice, but the response is still pending. The silence from the minister is perceived as unsettling, since the deeper research would help find medical exemptions for taking the vaccines, discover potentially harmful components in vaccines’ formula, allow for improvements to the vaccine in the future, and potentially save thousands of lives. Since the initial data presented by Schirmacher is so troubling, it may be assumed authorities who object to initiating further studies are pursuing some goals that have little connection with medical science or healthcare.

The underreporting of vaccine-related deaths and adverse effects is becoming an issue in the United States as well. As reported by the New American, a lawsuit filed in federal court in Alabama is alleging that the federal government is hiding, as of the beginning of July, “at least 45,000” deaths related to COVID-19 vaccines. According to the testimony from whistleblower working at the Centres for Disease Control and Prevention (CDC) and who has access to government servers including the Centres for Medicare and Medicaid Service, there is evidence that the Vaccine Adverse Effects Reporting System (VAERS), which collects data on vaccine-related deaths, is under-reporting such deaths “by a conservative factor of at least five.” According to Dr Peter McCullough, since typically only 10 percent of vaccine-injury cases make it to VAERS, the death toll from the vaccines may actually be 10-fold higher than the official number. Still, he said, a vaccine that leads to 150 deaths is usually withdrawn from use. “I think if we had had a data and safety monitoring board, they would have shut down the vaccine in February of 2021,” McCullough said.