Dr Ryan Cole told RFK Jr., on “The Defender Podcast,” that viruses aren’t politically red or blue and the key to fighting the Delta variant is to test and treat early using a multi-drug approach. 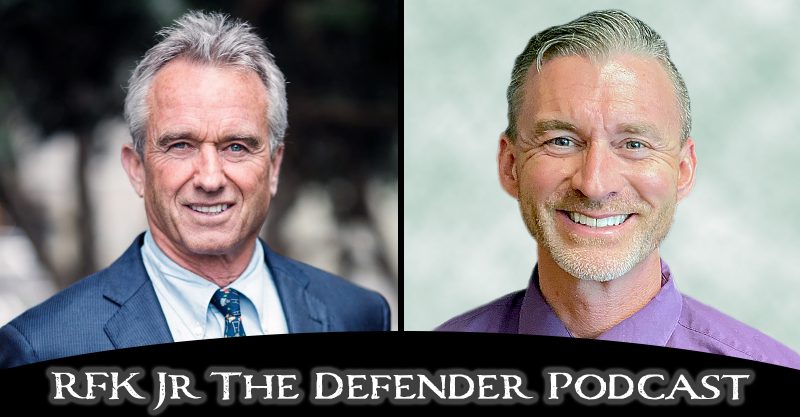 The Defender is experiencing censorship on many social channels. Be sure to stay in touch with the news that matters by subscribing to our top news of the day. It’s free.

When Dr Ryan Cole decided to become a physician, he took an oath to protect his patients and to treat them to the best of his ability.

Cole, CEO of Cole Diagnostics and a board-certified dermatopathologist trained at the Mayo Clinic, said he has a motto when it comes to the coronavirus: Test and treat — and treat earlier with the Delta variant.

Cole, who reviews the lab tests of about 30,000 patients a year at his independent lab in Boise, Idaho, said he uses a multi-drug approach when treating patients for COVID.

Some of the drugs he’s found effective include ivermectin — an antiparasitic drug proven beneficial for treating SARS-CoV-2 — hydroxychloroquine, steroids, and the cholesterol drug fenofibrate and fluvoxamine for patients with neural symptoms.

Monoclonal antibodies are a good treatment, too, said Cole.

Treatments using monoclonal antibodies are “parked in infusion centres and emergency rooms around the country,” said Cole. “But there are crickets about this drug that decreases death and hospitalization by 50%.”

Cole told Kennedy his first COVID patient was his brother, who was considered “high risk” for the virus due to his weight. He was on the way to the emergency room when I told him, “No, you’re going to the pharmacy,” said Cole.

Cole said his brother had chest pains on a nine out of 10 level before he called in a prescription for ivermectin. Six hours later, his pain was down to a two, and by the next morning, his oxygen levels had risen from 80 to 98.

Cole, who also treated his 78-year-old mother and 83-year-old father, said out of the hundreds of patients he’s treated, zero have gone to the hospital.

“Test and treat early,” said Cole. “Not treating early is doing harm. It’s a sin of omission by not treating.”

Cole said if you do get COVID, finding a good doctor to treat you is key. He pointed to several websites that provide tele-health services including Frontline MDs, My Free Doctor and America’s Frontline Doctors.

Viruses aren’t “politically red, blue or even purple,” said Cole. “This is about humanity” and doing the “proper thing by our fellow citizens.”

Listen to the interview: