Don’t Trust Globalists, They Want You Controlled & Will Not Yield

COVID Restrictions May Be Winding Down, But Global Control Is Ramping Up

The bottom line at this critical juncture is simple — rather than be lulled into complacency (or distraction) by the latest propaganda, just say no and don’t comply. 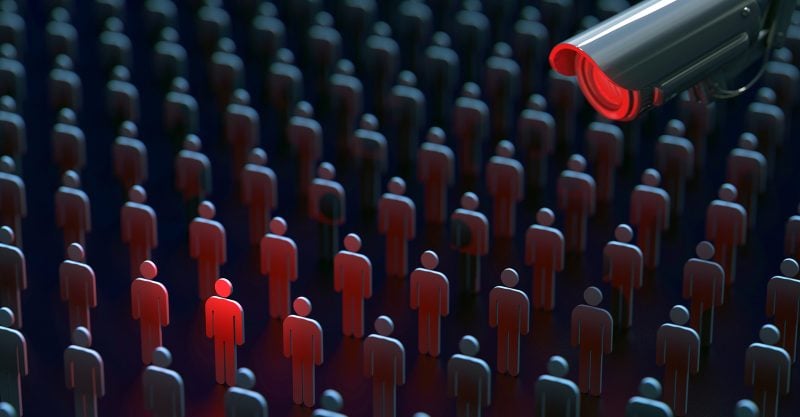 During 24 harsh months of lockdowns, masking, mandates and segregation, the establishment media are trying to spin as “unintended” the serious and often life-threatening fallout from those policies — whether vaccine injuries, economic devastation, spiking child suicidality or the increase in babies and toddlers in need of speech therapy.

The most strenuous form of critique the media seem able to muster is to tell policymakers to apologize for “getting COVID wrong.”

Early on, Children’s Health Defense and other independent voices forcefully called out the government’s sub-rosa agenda as a deliberate, multisectoral effort spearheaded by central bankers and billionaire technocrats to ensnare the world in a global control grid — in other words, modern-day digital slavery.

Viewed from this angle, the “separate mind-boggling events” of the past two years “line up as sequential moves on a worldwide chessboard.”

Restrictive COVID policies and strange central bank maneuvers were no accident but rather the tools of a planned economic takedown of the most vibrant and independent segments of the economy, notably the small “retail, arts and entertainment, personal services, food services and hospitality businesses” that, together with other small business sectors, have “pretty much driven most economic activity throughout our known history.”

The takedown, amounting to what organizations such as Oxfam called “economic violence,” permitted the “biggest asset transfer ever.”

Even before this purposeful economic havoc, the developed world’s richest denizens were living at least 10 to 15 years longer than the world’s poorest.

When experimental injections were added in December 2020 to the mix of COVID interventions, the takedown began taking on even more gruesome dimensions.

“I think this is the greatest crime ever committed because most of the frauds I’ve been involved with are financial frauds where money’s lost; This has killed and maimed people.”

On March 1, shortly after a board member of German insurance company BKK ProVita expressed public alarm at the widespread killing and maiming — noting that Germany’s federal health agency was underreporting COVID vaccine injuries by a factor of 10 — the executive was summarily fired.

Of late, policymakers seem to have decided it’s time for some crocodile tears — and also time to make a show of putting a few COVID restrictions on hold.

For example, consider the recent remarks by Dr. Rochelle Walensky, director of the Centres for Disease Control and Prevention (CDC). Walensky said health officials “had perhaps too little caution and too much optimism” about the COVID shots.

For those paying attention, there can be little doubt these words and gestures are less about a policy one-eighty than about window dressing and distraction — as well as perhaps a clever move to “undercut” the momentum of the People’s Convoy currently demanding an end to all emergency measures.

As Jon Rappoport warned, “Although some governments … are lifting COVID restrictions and mandates, we should remember they still hold the power to re-impose those measures at the drop of a hat — for any reason they cook up.”

The key takeaway of the last two years, Rappoport clarified, is that governments’ COVID actions were expedient political decisions — designed to “advance tyranny” — and had “nothing to do with science or morality.”

Now, while announcing an easing up of restrictions out of one side of his mouth, the new mayor fired almost 1,500 unvaccinated municipal workers, is insisting on continuing to mask 3- and 4-year-olds (defying widespread parental objections) and is advising businesses they “can still choose to require proof of vaccination.”

Maryland is another jurisdiction that has been indifferent to the distress caused by its policies, ignoring, for example, a leading trade group’s warning that politicians’ capricious on-again, off-again restrictions — promoted as protecting “well-being” — would permanently close four in 10 of the state’s restaurants.

In the state’s largest city, the Baltimore government is suddenly reopening some government services and lifting masking edicts. Yet at the same time, the prominent Baltimore Sun is beating the drum for joint COVID and influenza vaccine mandates.

In thinly veiled praise for coercion and segregation, the Sun argued, “employers and municipalities can certainly require flu vaccinations in order to engage in certain activities.”

Policy hypocrisy is also alive and well internationally. While the World Health Organization (WHO) issues parameters for “carefully relaxing the rules” — parameters so narrow as to be meaningless — Italy and China (the two countries that set the global precedent for lockdowns) are fining individuals who decline mandated interventions or denying them entry to workplaces, restaurants, stores, banks and post offices.

As Off-Guardian’s Kit Knightly noted on March 1, “Covid might be dying, but vaccine passports are still very much alive.”

In late February, Knightly also pointed out that the WHO, ominously, is working on an “international treaty on pandemic prevention and preparedness” that would invest the global health organization with the authority to preempt national sovereignty in the management of future pandemics and health challenges.

In a five-part series, Corey Lynn of Corey’s Digs outlined many disturbing implications of the push for vaccine passports. Falsely marketed as a “convenience,” the “passports” eventually will encompass far more than just vaccination records:

“From education to health records, finances, accounts, travel, contact info, and more, will all be linked to your QR code, along with biometrics and fingerprints, then stored on the Blockchain.”

The longer-term aim, said Lynn, is to achieve “full power and control,” down to the individual level, of spending, taxation, education, transportation, food, communications and healthcare, among other domains.

As writer Cherie Zaslawsky sees it, globalists “seek to enslave humanity worldwide in their long-dreamed-of totalitarian utopia. That’s utopia for them — as the ruling class that owns the world and everything in it — and dystopia for We the People.”

Overseen by the Vaccine Credential Initiative (VCI), SMART Health Cards are intended to “issue, share, and validate vaccination records bound to an individual identity” as well as store “other vital medical data.”

A late February article in Forbes boasted that more than 200 million Americans can already “download, print or store their vaccination records as a QR code.”

VCI was created by the federally funded MITRE Corporation (an MIT spin-off), which receives an estimated $2 billion a year from U.S. taxpayers to develop advanced surveillance technology, among other dubious national security pursuits.

MITRE received a $16.3 million CDC contract “to help construct an efficient game plan for the country during the health crisis,” and also spearheaded U.S. Department of Homeland Security efforts to “coordinate” responses among the nation’s mayors and governors.

Members of VCI’s public-private coalition include Amazon Web Services, Microsoft, Oracle, Salesforce, the Mayo Clinic, and the California and New York state governments, as well as “other health and tech heavyweights.” Additional organizations are contributing to the initiative as “data aggregators” and “health IT vendors.”

As an inner-circle member of VCI, New York State has been in the vanguard in building out a digital identity infrastructure intended to be interoperable (able to exchange or assemble data) “throughout the United States and abroad.”

New York’s “Digital Identity” policy, conveniently updated in July 2020, stipulates that citizens, businesses and government employees who conduct online business with the state must go through an “identity vetting” process that could involve authentication via “smart card” or “biometrics.”

Almost immediately after the COVID shots began being rolled out, Dr. Mike Yeadon, at one time a chief scientist and vice president at Pfizer, began protesting the push to inject children.

In a more recent talk, Yeadon emphasized that the QR codes’ global interoperability will translate into 24/7 tracking of every person “in that moment, in that spot, down to the individual level.”

To impress upon the public the dangers of allowing a vaccine passport system to take hold, Yeadon described what it would mean to become an “out-person:”

“One example: Your VaxPass pings, instructing you to attend for your 3rd or 4th or 5th booster or variant vaccine. If you don’t, your VaxPass will expire & you’ll become an out-person, unable to access your own life.”

Fortunately, the globalists’ stark vision is becoming increasingly apparent to many members of the public, who are coming to understand, as Ron Paul said, that “authoritarian politicians will always lie to the people to protect and increase their own power.”

Mainstream media outlets also have begun openly worrying that “parents have a long memory when it comes to how their children have been treated.”

And, although it may not seem like it, governmental decisions “ARE affected by what citizens do or don’t do,” said Rappoport, arguing that it’s no time to “let up on pressure.”

The bottom line at this critical juncture is simple — rather than be lulled into complacency (or distraction) by the latest propaganda, just say no and don’t comply.

Don’t wear a mask. Don’t get tested. Don’t accept toxic jabs. And don’t download any QR codes or any other tools (no matter how “convenient”) that allow the build-out of digital tyranny.