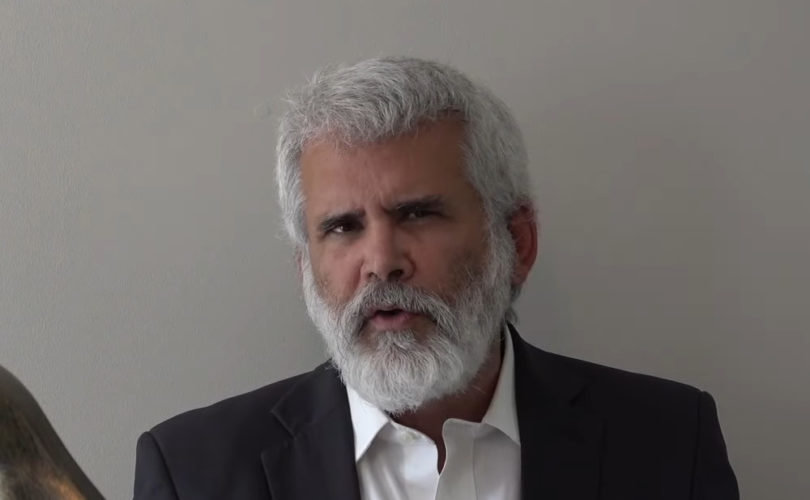 (LifeSiteNews) — On January 23, Americans fed up with COVID-19 mandates will descend on Washington, D.C., to protest mandatory COVID vaccination and the stigmatization of those who refuse the new and controversial shots.

“This is not about being anti-vaccines; it’s about being anti-mandates, and our hope is that we bring people together,” Malone explained. “People from every walk of life, every party, every religion, every ethnic background … The thing that we can agree on is personal liberty and the right of people to make their own choice.”

“So this is going to be part of a same-day, worldwide rally for freedom that’s going to come across the entire world,” he added. It will represent “no vaccine passports; no vaccination for healthy children; ‘no’ to censorship … we believe in the power of natural immunity; we believe and insist on informed consent.”

The event’s website says the event, which is being sponsored by the groups Unity Project, Children’s Health Defence, and Global Covid Summit, will begin at 11:30 a.m. at the Washington Monument, from which participants will walk approximately a mile to the Lincoln Memorial, where they will then hear from an as-yet-unrevealed lineup of “recording artists, prominent doctors, journalists, pro athletes, actors and premier thought leaders.”

“No to Vaccine Mandates,” the site declares. “No to Vaccine Passports. No to Vaccinating Healthy Children. No to Censorship. No to Limits on Reasonable Debate.”

“Yes, We Believe in the Power of Natural Immunity,” it adds. “Yes, We Insist on Informed Consent. Yes to Doctors and Patients Making Decisions Without Interference.”