Earth Not in Warming Danger Even Scientists May Finally Admit It

In other words, they confirmed what climate sceptics have been arguing all along: that most computer climate models forecast unrealistic warming — warming not observed anywhere in the real world.

Could this be a turning point for climate science? Has the hitherto staunch resistance to any kind of scrutiny regarding the dangerous warming narrative come to an end?

Science is not a body of facts. It is a method of finding facts — a method that is inherently sceptical. Not cynically sceptical, but humbly sceptical. It insists, as the motto of the Royal Society, nullius in verba, roughly translated “take nobody’s word for it,” that a scientist’s every claim be tested — over and over and over. Thus, as the philosopher of science Robert K. Merton put it in 1938, “Most institutions demand unqualified faith; but the institution of science makes scepticism a virtue.”

A scientific hypothesis is carefully studied and checked against available evidence. The process of establishing a scientific truth involves the scientific community’s continuous effort to falsify it until so many such efforts have failed that the community provisionally accepts it — with emphasis on provisionally.

In the age of celebrity culture, though, people easily assume that theories celebrated scientists — or large numbers of scientists, or scientists associated with government authorities — embrace are above challenge. Yet even theories universally embraced (for example, that continents don’t move, or that all ulcers are caused by excess stomach acid arising from too-acidic foods or anxiety) are not immune from new challenges or improvements and have been discarded.

Even the most celebrated scientists have been wrong. As EarthSky editor Deborah Byrd notes,

Einstein’s [General] Theory of Relativity implied that the universe must either be expanding or contracting. But Einstein himself rejected this notion in favour of the accepted idea that the universe was stationary and had always existed. When [Edwin] Hubble presented his evidence [the red shift] of the expansion of the universe, Einstein embraced the idea. He called his adherence to the old idea “my greatest blunder.”

It is now understood that the universe is constantly expanding.

Some climate scientists, like Roy W. Spencer and Judith Curry, point out that many warming theories depend on computer models that

are badly flawed. If the empirical, observational evidence — which Nobel Prize-winning physicist Richard Feynman called “the key to science” — doesn’t keep these theories standing, what does? It appears that it’s the veneer of authority embodied in the United Nations’ Intergovernmental Panel on Climate Change (IPCC).

However, now scientists deeply embedded in the IPCC have admitted that the models exaggerate warming. They raise concerns about the implausibility of the exaggerated warming levels.

Science noted, “But as climate scientists face this alarming reality, the climate models that help them project the future have grown a little too alarmist. Many of the world’s leading models are now projecting warming rates that most scientists, including the modelmakers themselves, believe are implausibly fast.”

These new admissions reaffirm findings in 2014 and 2019 that most models exaggerate warming — though the evidence is that they exaggerate not “a little” but a lot.

Scientists identified these unrealistic exaggerations by comparing model performance with real-world temperature data. A study published in 2020 analysed 38 Coupled Model Intercomparison Project Version 6 (CMIP6) models and concluded, “For lower-troposphere and midtroposphere layers both globally and in the tropics, all 38 models overpredict warming in every target observational analogue, in most cases significantly so, and the average differences between models and observations are statistically significant.”

That scientists working within the IPCC now acknowledge models’ errors could be a first step for climate science’s return to normalcy — that is, to the scepticism that is a hallmark of science — after decades of adherence to the doomsday narrative.

But there are obstacles in the way. The same Science article that reported the IPCC scientists’ admission that the models run hot also quoted NASA Goddard Institute for Space Studies Director Gavin Schmidt as saying, “It’s become clear over the last year or so that we can’t avoid this” — a slip that suggests that he and others have, contrary to the scepticism inherent in genuine science, been trying to avoid it for a long time. So long as that mentality prevails, “climate science” will fall short of the true measure of science: honest, humble self-scepticism.

It remains to be seen how the UN will approach this complex and delicate matter. Bold, outright admission could deflate public trust and so undermine the agenda of global “decarbonization.”

Nevertheless, the admission gives hope to climate science’s future. Far too many scientists have been afraid to test climate doomsday narratives. This might give them courage.

Honest scientists follow the evidence wherever it leads. But to stand up and own the truth, scientists must also be freed from political pressure. Funding for the climate-science community flows largely through entities that seek to gain politically from climate fear. This must stop, and academic institutions must no longer function as public relations agencies for fearmongering political narratives.

Vijay Jayaraj (M.Sc., Environmental Science, University of East Anglia, England), is a Research Contributor for the Cornwall Alliance for the Stewardship of Creation and resides in Bengaluru, India. E. Calvin

Now more than ever, the ability to speak our minds is crucial to the democracy we cherish. If what you see on American Thinker resonates with you, please consider supporting our work with a donation of as much or as little as you can give. Every dollar contributed helps us pay our staff and keep our ideas heard and our voices strong. 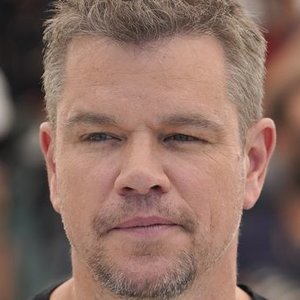 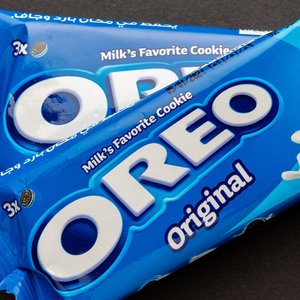 These Fan Favorite Snacks That Are Actually Total Rip-Offs 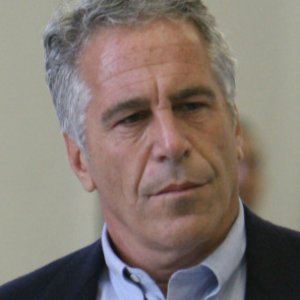 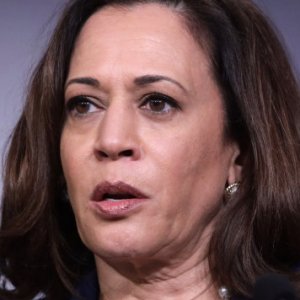 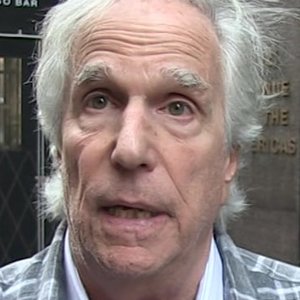 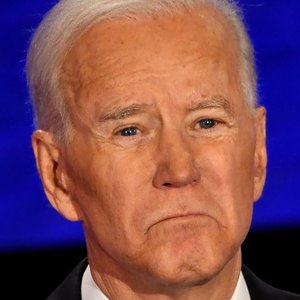 George: Get a Second Salary with Only R3700 Investment in Amazon

George Millionaire: How to Get Rich with Bitcoin, Without Buying Bitcoin

She Never Got Married, and Now We Know Why

Have an Enlarged Prostate? Urologist Reveals: Do This Immediately (Watch)

You Simply Won’t Believe What This Video Reveals

Can You Make A Fortune Online? Your Opinion Matters. Vote Now!
This Video Will Soon Be Banned. Watch Before It’s Deleted
7 Times Lotto Winner: Do This Every Time You Buy a Lotto Ticket
60 Second Ritual Rebuilds Your Teeth and Gums (Watch)
You Simply Won’t Believe What This Video Reveals
15 Foods to Eat if You Have High Blood Pressure
Remember Sylvester Stallone’s Daughter? Take a Deep Breath Before You See Her No
Top 10 Mba Programs in the Us 2020
Man Gives Girlfriend a Necklace, She Was Shocked to Find What’s Inside 2 Years L
She Never Got Married, and Now We Know Why 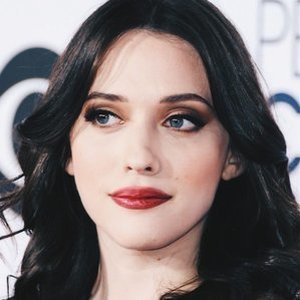 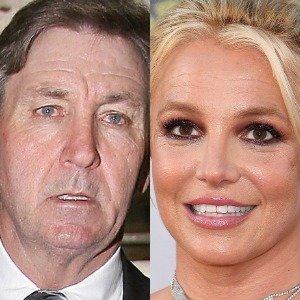 Britney Is Finally Free From Her Dad. Here’s What That Means 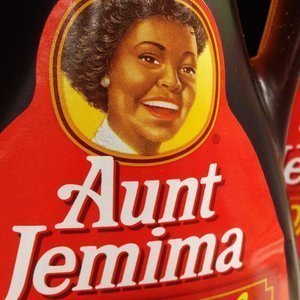 The Real Winner Of The Aunt Jemima Controversy Is Now Clear 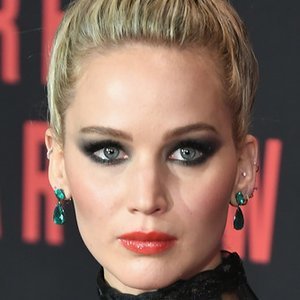 Hollywood Has Avoided Jennifer Lawrence And It’s No Wonder Why 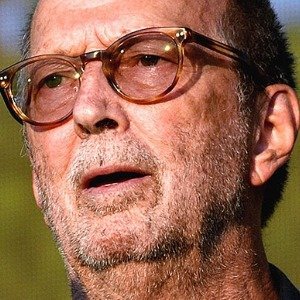 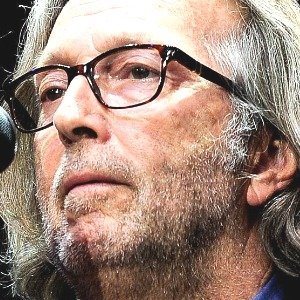 17 Ways to Live a Happier Life

George: Get a Second Salary with Only R3700 Investment in Amazon

Ringing Ears? When Tinnitus Won’t Stop, Do This (Watch)

This Video Will Soon Be Banned. Watch Before It’s Deleted

7 Times Lotto Winner: Do This Every Time You Buy a Lotto Ticket

At 55, Marisa Tomei is Still Single and Now It Becomes Clear Why

Unforgivable: the Controversy That Ended Her Career