NER: Who will stand up & challenge the South African totalitarian government? 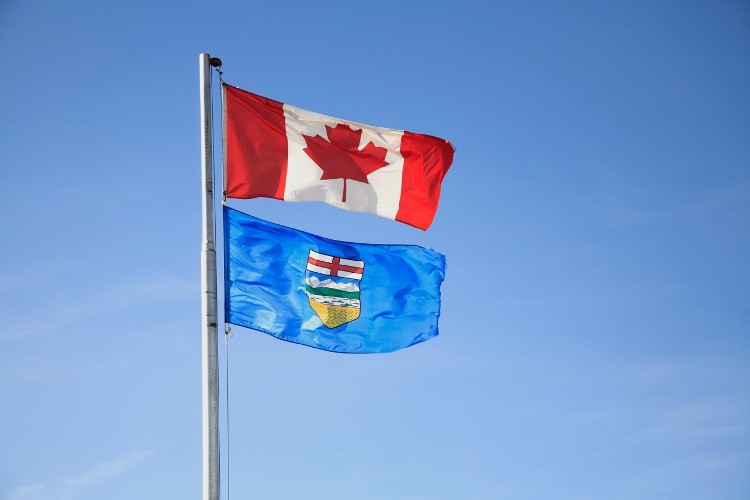 A Canadian citizen’s court victory may have been the impetus for the Province of Alberta, Canada, to effectively end nearly all of its COVID-19 restrictions on July 28.

Patrick King, an oil and gas worker from Red Deer in Alberta, was fined $1,200 in December for running afoul of COVID-19 restrictions during a protest. King fought the case in court and issued a subpoena to Alberta’s Chief Medical Officer Deena Hinshaw, in which he asked for documents showing “isolation of the SARS-CoV-2 virus in human beings.”

Hinshaw was unable to provide such documentation, bringing into question the provincial government’s reasons for issuing the restrictions.

It’s an absolutely huge admission from the Canadian official and one that could have wide-ranging repercussions around the world.

King spoke about his journey against the Alberta government on the Stew Peters Show.

“I went into court and I produced some information that I needed to request in order to put up a good, plausible defence,” King explained. “[The] material that I requested was the isolation of the SARS-CoV-2 virus, and I wanted it isolated and not in a lab setting or in a PCR test.”

As King explained, this material would prove that the virus was a threat to the public and would show a true reason for the government’s restrictions on the people of the province. “If they did that I would be no problem. I would say, ‘ok, you’re right, you’ve got this, I’ll put this mask on.’”

But Hinshaw and the Alberta Health Department couldn’t provide those materials. In a closed-door court meeting on July, 24, according to King, Hinshaw’s lawyer said, “Mr. King is requesting evidence that we cannot give.”

Why can’t they give such evidence? Doesn’t the evidence exist?

Some of the court documents can be seen here.

Without the ability to isolate the virus in humans, the government lacks standing to enforce the draconian rules intended to “protect” the populace. Just four days after King’s meeting with the court, Alberta lifted nearly all COVID-19 restrictions in the province.

In the announcement to rescind restrictions, Hinshaw made no reference to the King case, instead claiming the decision was based upon the success of the experimental vaccines and noting that most new infections are among the unvaccinated population. Hinshaw also went on to note that the province’s healthcare system could no longer sustain a situation where a large portion of the staff is dedicated to testing for a single disease in perpetuity.

So, in Alberta, masks will no longer be mandated — only recommended. There will no longer be a quarantine requirement for those who test positive for the virus. Routine testing of asymptomatic persons will be ended. In short, Alberta is returning to normal, where a case of COVID-19 is treated as a part of life, no more of an inconvenience than a mild case of the flu.

Local leaders reacted to the lifting of restrictions with shock and horror. Calgary mayoral candidate Jeff Davison suggested that ending the restrictions could cause “irreparable harm.”

“Now is not the time to be cutting back on testing,” Davison said. “Particularly when we know we must keep our economy open, and turning a blind eye isn’t productive.”

Shane Keating, a Calgary councilmember, was even more blunt, calling the end of restrictions “a doofus move.”

“Not even requiring positive cases to isolate is just absolutely out of this world. And not testing anymore, I just don’t get it,” Keating said.

Alberta premier Jason Kenney defended the decision to lift restrictions and said that his Cabinet approved all of Hinshaw’s recommendations “without modification.”

“I would encourage municipal councillors to respect the expert advice of the CMOH [Chief Medical Officer of Health],” said Kenney.

“I don’t know how a city councillor believes that they have a greater insight into the public health challenge than the CMOH and the public health division of the government of Alberta who is responsible for this work,” Kenney stated.

So, did Alberta decide to end its COVID-19 restrictions on the strength of King’s court victory? The evidence is circumstantial — but it’s hard to deny. A mere four days after Hinshaw’s attorneys admitted that they could not provide evidence of the isolation of the SARS-CoV-2 virus, Alberta ended its restrictions.

It’s an object lesson for anyone who believes that you can’t fight the system and win. In fighting a $1,200 fine imposed upon him, Patrick King may have changed an entire province’s draconian rules for fighting the Chinese virus — without even the aid of an attorney, since King defended himself.