Rise of the Spiteful Mutants 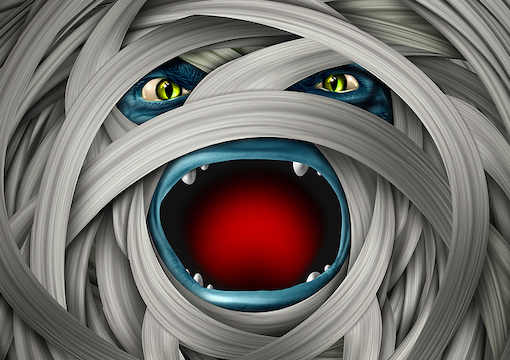 Anthropologist Peter Frost and population geneticist Henry Harpending authored a paper in 2015 arguing that the promiscuous use of the death penalty had a eugenic effect on the English population. Specifically, by removing at least 2 percent of the population each year, those prone to violence, the overall population became dramatically less violent over time.

It was and remains a controversial claim, mostly because of its implications, but also because it contradicts the prevailing orthodoxy. It suggests that people are not, in fact, amorphous blobs that can be shaped into anything. We are the product of our genetics, which is the result of the mating decisions of our ancestors. To accept that is to reject the ideological underpinnings of liberal democracy.

Others have argued that the Black Plague disproportionately removed the stupid from the European population. There is a correlation between IQ and health, so it stands to reason that plagues will hit the stupid harder than the smart. Remove enough stupid people from the population and the average IQ rises. This could explain why Europeans suddenly rocketed ahead of the rest of the world.

“Because we have systematically dismantled the mechanisms for minimizing the impact of human defects, we are now being overrun by them.”

Of course, the same argument could be made on behalf of the death penalty. Generally, criminals are of below-average intelligence. If your policy is to remove criminals from the breeding stock via the hangman, you will inevitably be removing far more stupid criminals than smart ones. In other words, the death penalty probably helped raise the overall IQ of the population.

A population that is smart and peaceful will be more successful than a population that is stupid and violent. We only have to compare Finland with Somalia to see how this works in our own age. Somalia has an estimated average IQ of 67, while Finland comes in at 101. Even assuming measurement errors, the gap is massive, and it shows in the results on the ground. (NER: Somalia is typical Africa, where the whole continent has an IQ around 68. Whites in South Africa, as everywhere in the West, will average around 100. It’s evident that the stupider Africans are the prolific breeders, which maintains the low IQ level on the continent)

Not only can a smart and peaceful people be more successful in the material sense, but they can also be more trusting, which means they can take risks. In a world full of predatory criminals, no one can trust anyone outside of family. On the other hand, a world free of predatory criminals is one where you can trust everyone. Therefore, the decline in violence in Europe had to come with an increase in social trust.

In a high-trust society, you can take risks, like trying to invent a better plow or a better way to preserve food. You can also question official orthodoxy without fear of being killed, so new ideas can get room to breathe. European people made the modern world because they reward improvement. If you can produce a better way, even if it offends a rich person, you will be rewarded.

What all of this points to is that within every human population there is a defect rate and those defects have consequences. Some of the defects turn out to be harmless, like stupid people who can be employed in simple labor. Other defects can be quite harmful, like murderers and rapists. As evolutionary psychologist Ed Dutton points out, some of these defects result in spiteful mutants.

Spiteful mutants are the men in dresses demanding everyone pretend they are some third sex rather than a lunatic. These are the feminists who make war on the normal sexual relations of society. The people policing speech online and inflicting Diversity, Equity & Inclusion programs are spiteful mutants. These are the human defects slowly making life impossible in Western countries.

Professor Dutton points out that we used to have social mechanisms for minimizing the impact of human defects. The death penalty is the extreme example, but social pressure reduced mating opportunities. The scold’s bridle was used to control what we now call feminists. Of course, most of what we think of as feminists were called witches in the past and properly burned at the stake.

Because we have systematically dismantled these mechanisms for minimizing the impact of human defects, we are now being overrun by them. Western societies are becoming unbearable due to the spiteful mutants. They have infected every aspect of society to the point where things are starting to break down. Even basic things like elections are proving impossible due to these mutants.

Holding an election is one of the simpler tasks for a society. People show up, then prove they are who they claim to be and that they are eligible to vote. Rational societies limit the franchise to those who have a stake in society. That means criminals and lunatics are not allowed to vote. The votes are then counted and the results are posted. The winners cheer and the losers promise to do better next time.

In America, our election system is on the cusp of collapse. States like Arizona and Nevada are now unable to count the votes. Fraud is so rampant that no honest person thinks the results are on the level. Pennsylvania supposedly voted for a brain-damaged hobo to be their senator. Joe Biden has severe dementia and we are supposed to believe he is the most popular man since Jesus.

This is just one recent example of the alarming impact of these misfits and deviants who now stalk every aspect of society. The Covid hysteria was driven by spiteful mutants demanding attention from the rest of us. The holidays are approaching and every normal American is now preparing to deal with the kooky aunt or the nutty uncle who ruins every family get-together with their crazy politics.

The various claims made by evolutionary psychology with regards to the impact of things like the death penalty are far from proven. In fact, they probably will never be fully tested because we lack the data. What these claims do is provide a useful framework for explaining the rise of Europe starting around 1500. They help us shape the narrative and make further research more productive.

They also help us understand the current crisis. The forces that increased the stock of human capital in Europe are now in reverse. Instead of reducing the proportion of defective people, social forces are now increasing their numbers. Like the inflection point in 1500, when European progress suddenly turned upward, we are approaching an inflection point where things suddenly turn much worse. This will not end well.

Amid rampant political correctness and economic scares, ad revenue for an independent site like TakiMag does not go as far as we need it to.

Therefore we depend on you, the reader, for support.

If you enjoy Taki’s Magazine, please contribute as little or as much as you can so we can keep bringing you great pieces from our outstanding columnists.