Massive Vax Coverup Being Exposed In US Military

Attorney Thomas Renz on Monday told a panel of experts that data provided to him by three whistleblowers show COVID-19 vaccines are causing catastrophic harm to members of the U.S. military. 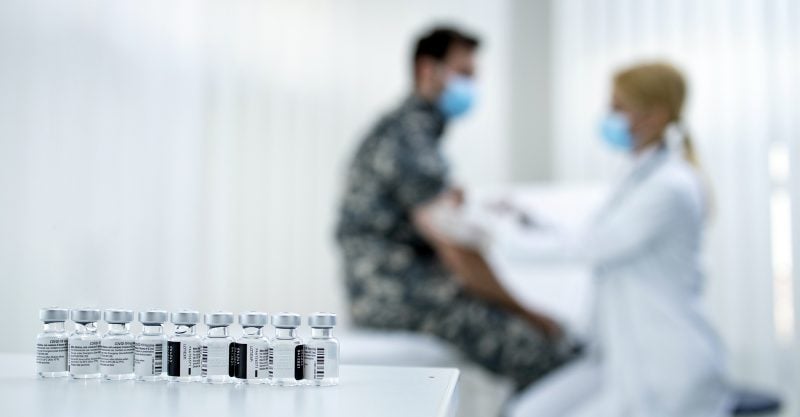 Attorney Thomas Renz on Monday told a panel of experts that data provided to him by three whistleblowers show COVID-19 vaccines are causing catastrophic harm to members of the U.S. military while not preventing them from getting the virus.

The whistleblowers provided the data knowing they would face perjury charges if they submitted false statements to the court in legal cases pending against the U.S. Department of Defence (DOD).

Renz told the panel a “trifecta of data” from the DMED, the DOD’s military-civilian integrated health database, Project SALUS, along with human intelligence in the form of doctor-whistleblowers suggest the DOD and the Centres for Disease Control (CDC) and Prevention have withheld COVID vaccine surveillance data since September 2021.

“Our soldiers are being experimented on, injured and sometimes possibly killed,” Renz said.

The military whistleblowers reported a DMED search of “acute myocarditis” resulted in 1,239 cases in August 2021, but the same search in January 2022 resulted in only 307 cases.

Cardiologist Dr. Peter McCollough, commenting on Renz’s presentation, told the panel myocarditis is being falsely described as mild and transient when in reality it causes permanent heart damage and is life-limiting in most cases.

The military did not take any safeguards for the most at-risk age group for vaccine-induced myocarditis — 18- to 24-year-olds.

Renz also highlighted a broader data set from Project SALUS, run by the DOD in cooperation with the Joint Artificial Intelligence Centre (JAIC), which sends weekly reports to the CDC.

According to Renz, the Project SALUS data as of late last year show:

The Humetrix presentation summarizing the data in Project SALUS, “Effectiveness of mRNA COVID-19 vaccines against the Delta variant among 5.6M Medicare beneficiaries 65 years and older” (Sep. 28, 2021) has not been made public.

According to the Humetrix overview of the Project SALUS data, Congress must investigate vaccine failure, along with increased risk reported for breakthrough cases (or vaccine failure) in North American Natives, Hispanics, Blacks, and males.

People with kidney disease, liver disease, heart disease and cancer treatment, along with people over age 75 are the most likely to experience breakthrough cases, while medical authorities advocate vaccines to these same populations to allegedly “protect the vulnerable.”

Project Salus reported the vaccines were only 41% effective. This low level of infection prevention needs to be analysed against the counterweight of a threefold to tenfold increase in chronic disease signalled in DMED.

The U.S. Food and Drug Administration (FDA) requires only two adequate and controlled studies to approve a biologic, even if those studies are industry-sponsored.

The FDA now has data from the entirety of 3 million people employed by the DOD and 5 million people in Medicare. This data serves as independent substantiation that scientific fraud has occurred.

Based on this data, the FDA must revoke the Emergency Use Authorization for the Moderna, Pfizer and Johnson & Johnson COVID vaccines, and the Biologics License Application for Pfizer’s Comirnaty vaccine.

It would be wrong for the FDA to extrapolate the industry’s clinical trial data to paediatrics without halting the use of the vaccines and conducting an investigation based on this real-world data.