The Panic Pandemic: How Media Fearmongering Led to ‘Unprecedented’ Censorship of Scientific Research

John Tierney, a former The New York Times reporter, in an article for City Journal explained how the “moral panic that swept the nation’s guiding institutions” during the pandemic was far more catastrophic than the viral pandemic itself. 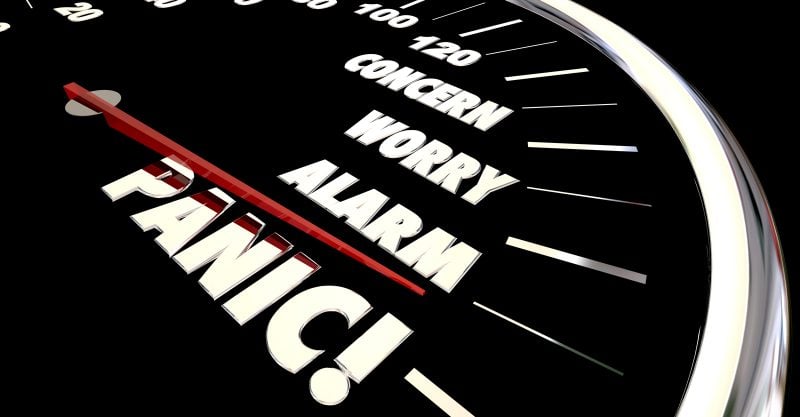 Now that we’re more than a year into the pandemic, it’s crystal clear that the panic that ensued was unnecessary and the draconian measures put into place for public health were unwarranted and harmful.

John Tierney, a former reporter for The New York Times, looked back over the pandemic, providing a timeline of the media-induced viral panic that led to censorship and suppression of scientific research on an unprecedented scale.

In his article for City Journal, where he is a contributing editor, he explained that the “moral panic that swept the nation’s guiding institutions” during the pandemic was far more catastrophic than the viral pandemic itself.

Media-induced panic set off in March 2020

The panic was started by journalists beginning in March 2020, when the Imperial College COVID-19 Response Team released “Report 9” on the impact of nonpharmaceutical interventions (NPSs) to reduce deaths and health care demand from COVID-19.

The report’s computer model projected that intensive care units in the U.S. would be overrun, with 30 COVID-19 patients for every available bed, and 2.2 million dead by summer. They concluded that “epidemic suppression is the only viable strategy at the current time,” which led to lockdowns, business and school closures and population-wide social distancing. But as Tierney noted:

“What had originally been a limited lockdown — ‘15 days to slow the spread’ — became long-term policy across much of the United States and the world.

“A few scientists and public-health experts objected, noting that an extended lockdown was a novel strategy of unknown effectiveness that had been rejected in previous plans for a pandemic. It was a dangerous experiment being conducted without knowing the answer to the most basic question: Just how lethal is this virus?”

John Ioannidis, an epidemiologist at Stanford, was an early critic of the response, who argued that long-term lockdowns could cause more harm than good. Ioannidis came under intense fire after he and colleagues revealed that the COVID-19 fatality rate for those under the age of 45 is “almost zero,” and between the ages of 45 and 70, it’s somewhere between 0.05% and 0.3%.

In Santa Clara County, in particular, he and colleagues estimated that in late March 2020, the local COVID infection fatality rate was just 0.17%. “But merely by reporting data that didn’t fit the official panic narrative, they became targets,” Tierney explained. “… Mainstream journalists piled on with hit pieces quoting critics and accusing the researchers of endangering lives by questioning lockdowns.”

The discrediting and censorship of researchers who spoke out against the official narrative — even if they included supportive data — became a common and alarming theme over the last year, one that extended to virtually every aspect of pandemic-related policy, including masks.

The “Danmask-19 Trial,” published Nov. 18, 2020, in the Annals of Internal Medicine, found that among mask wearers 1.8% (42 participants) ended up testing positive for SARS-CoV-2, compared to 2.1% (53) among controls. When they removed the people who reported not adhering to the recommendations for use, the results remained the same — 1.8% (40 people), which suggests adherence makes no significant difference.

“When Thomas Benfield, one of the researchers in Denmark conducting the first large randomised controlled trial of mask efficacy against COVID, was asked why they were taking so long to publish the much-anticipated findings, he promised them as ‘as soon as a journal is brave enough to accept the paper.’

“After being rejected by The Lancet, The New England Journal of Medicine and JAMA, the study finally appeared in the Annals of Internal Medicine, and the reason for the editors’ reluctance became clear: the study showed that a mask did not protect the wearer, which contradicted claims by the Centres for Disease Control and other health authorities.”

A similar experience was had by Dr Stefan Baral, a Johns Hopkins epidemiologist with 350 publications, who wanted to publish a critique of lockdowns. It became the “first time in my career that I could not get a piece placed anywhere,” he told Tierney.

Harvard epidemiologist Martin Kulldorff also wrote a paper against lockdowns and couldn’t get it published, noting that most other scientists he spoke to were also against them but were afraid to speak up.

Kulldorff and colleagues soon banded together to write the Great Barrington Declaration, which calls for “focused protection” of the elderly and those in nursing homes and hospitals, while allowing businesses and schools to remain open. Soon after, they too were attacked:

“They managed to attract attention but not the kind they hoped for. Though tens of thousands of other scientists and doctors went on to sign the declaration, the press caricatured it as a deadly ‘let it rip’ strategy and an ‘ethical nightmare’ from ‘COVID deniers’ and ‘agents of misinformation.’”

Dr Scott Atlas of Stanford’s Hoover Institution was another common target, as he also suggested that protections should be focused on nursing homes and lockdowns would take more lives than COVID-19. According to Tierney:

“When he joined the White House coronavirus task force, Bill Gates derided him as ‘this Stanford guy with no background’ promoting ‘crackpot theories.’ Nearly 100 members of Stanford’s faculty signed a letter denouncing his ‘falsehoods and misrepresentations of science,’ and an editorial in the Stanford Daily urged the university to sever its ties to Hoover.

“The Stanford faculty senate overwhelmingly voted to condemn Atlas’s actions as ‘anathema to our community, our values and our belief that we should use knowledge for good.’”

Similarly, the College of Physicians and Surgeons of Ontario, which regulates the practice of medicine in Ontario, issued a statement in May prohibiting physicians from making comments or providing advice that goes against the official narrative.

Actor Clifton Duncan shared the Orwellian message on Twitter, urging his followers to “Read this. Now. And then share it as much as you can.”

Because, equally as disturbing as the notion of publicly dictating to physicians what they’re allowed to say, is the fact that, as Duncan said, the statement has a glaring omission, “The health and well-being of the patient.”

Certain states have stood out for their refusal to buy into the draconian public health measures that were adopted throughout much of the U.S. Florida is chief among them. After a spring 2020 lockdown, Florida business, schools and restaurants reopened, while mask mandates were rejected.

“If Florida had simply done no worse than the rest of the country during the pandemic, that would have been enough to discredit the lockdown strategy,” Tierney said, noting that the state acted as the control group in a natural experiment. The results speak for themselves:

“Florida’s mortality rate from COVID is lower than the national average among those over 65 and also among younger people, so that the state’s age-adjusted COVID mortality rate is lower than that of all but ten other states. And by the most important measure, the overall rate of ‘excess mortality’ (the number of deaths above normal), Florida has also done better than the national average.

“Its rate of excess mortality is significantly lower than that of the most restrictive state, California, particularly among younger adults, many of whom died not from COVID but from causes related to the lockdowns: cancer screenings and treatments were delayed, and there were sharp increases in deaths from drug overdoses and from heart attacks not treated promptly.”

It defies reason how so many government, academic and policy leaders could support rampant censorship and suppress scientific debate for so long, all while propagating panic. One of Tierney’s explanations is what he calls “the crisis crisis,” or the “incessant state of alarm fomented by journalists and politicians”:

“It’s a longstanding problem — humanity was supposedly doomed in the last century by the ‘population crisis’ and the ‘energy crisis’ — that has dramatically worsened with the cable and digital competition for ratings, clicks and retweets.

“To keep audiences frightened around the clock, journalists seek out Cassandras with their own incentives for fearmongering: politicians, bureaucrats, activists, academics and assorted experts who gain publicity, prestige, funding and power during a crisis.

“Unlike many proclaimed crises, an epidemic is a genuine threat, but the crisis industry can’t resist exaggerating the danger, and doomsaying is rarely penalized. Journalists kept highlighting the most alarming warnings, presented without context. They needed to keep their audience scared, and they succeeded.”

The politicisation of research is another major issue that contributes to groupthink and the suppression of scientific debate in order to support one agenda. Meanwhile, while the media advertised that we’re all in this pandemic together, some were clearly more affected than others — namely the poor and less educated, who lost jobs while professionals were mostly able to keep working from the “safety” of their homes.

Children from disadvantaged families also suffered the most from year-long school closures. “The brunt was borne by the most vulnerable in America and the poorest countries of the world,” Tierney wrote, while many of the elite got richer. The reality is, lockdowns have caused a great deal of harm, from delays in medical treatment and disrupted education to joblessness and drug overdoses, and for little, if any, benefit.

Data compiled by Pandemics ~ Data & Analytics (PANDA) also found no relationship between lockdowns and COVID-19 deaths per million people. The disease followed a trajectory of linear decline regardless of whether or not lockdowns were imposed. Yet, this is the type of information that has been censored from the beginning. As Tierney put it:

“This experience should be a lesson in what not to do, and whom not to trust. Do not assume that the media’s version of a crisis resembles reality. Do not count on mainstream journalists and their favourite doomsayers to put risks in perspective. Do not expect those who follow ‘the science’ to know what they’re talking about.”