MSM Suppresses Vax Injuries But Truth Will Out 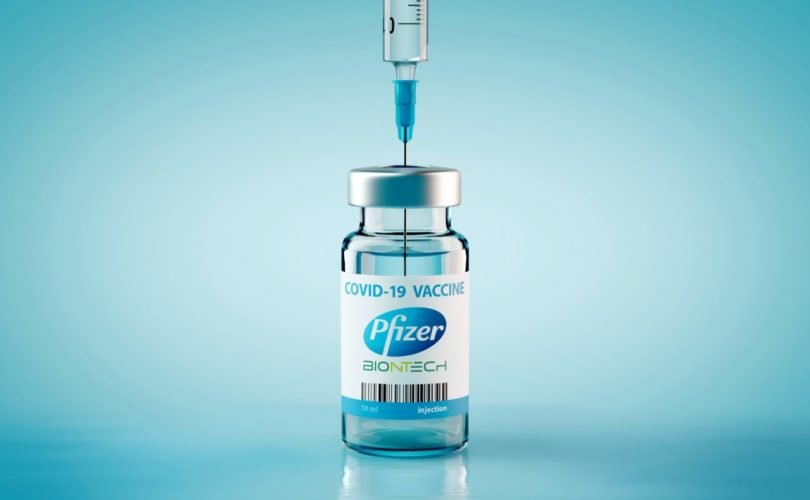 (LifeSiteNews) – A courageous woman has taken up the task of investigating and reporting injuries from the Pfizer COVID jab that the media have ignored in her home country of Israel, where the government has administered the shot almost ubiquitously.

Introducing herself as Avital, a mother of two boys, the brave Israeli woman said she has spoken with “hundreds of people” and “read thousands of testimonies” of people who have been adversely affected by the jab but who have been afraid to speak publicly “due to hostility around this subject.”

“In the past months, I’ve been hearing about more and more people I know who experienced severe adverse effects shortly after receiving the Pfizer shot. I also noticed that no news company, journalist, reporter, or anyone investigated these events thoroughly and published the data,” Avital said.

She explained that it was only after the government began administering the experimental drug to the nation’s children that she realized someone must raise the alarm. “That’s when I decided to take on this task,” she said.

The fruit of her work is The Testimonies Project, a website showcasing an hourlong video that details the powerful stories of 40 people who were willing to publicly share their experiences in the weeks and months after injection with Pfizer’s abortion-tainted mRNA jab.

Those who bravely spoke out described having suffered an array of life-altering conditions. Some testimonies were of family members speaking on behalf of a now-deceased son or sibling.

The presentation divided the testimonies into seven distinct categories: heart problems (which accounted for the lion’s share of cases), disease outbreak, blood clots, bleeding and miscarriages, infections and inflammations, skin problems, and neurological problems, all of which are consistent with the complaints found in international vaccine injury databases, including the U.S. Vaccine Adverse Event Reporting System (VAERS) and the European EudraVigilance system.

Every speaker described dealing with constant pain and difficulty carrying out the ordinary daily tasks that they were accustomed to do just months earlier. Many also shared that, despite having personal reservations about taking the shot, pressure mounted on them from employers, government, schools, and even family and friends to get the Pfizer jab anyway.

Some of the participants shared that their reason for taking the shot was due to Israel  its “Green Pass” as the first COVID shot verification system in the world. The pass was soon required of citizens to gain access to certain shops, bars, entertainment venues, and even opening up international travel, among other things.

A little over a week later, Latif, who previously kept fit and exercised regularly, suffered a stroke. After a few days in a hospital to recover, he was discharged and given a walking frame to help support his now severely inhibited mobility. “I would fall at home, my wife would drag me to bed,” Latif shared.

A few months later, on July 7, he suffered a second stroke, rendering his whole left side paralyzed. Latif explained that pain medication no longer mitigates his suffering and that he struggles to sleep at night. He said his life has been “shattered” before his eyes. As a result of his strokes, he is now confined to a wheelchair.

“I’m already waiting for the third stroke, to see if I stay alive or not,” Latif said.

Another notable case is that of Haya, a 46-year-old mother to three small children who explained that after receiving her second Pfizer shot on March 18 she almost immediately started suffering terrible headaches.

Just a few days later, after arriving at work, Haya said her hand had swollen to “double its normal size,” leading her boss to send her home. As she travelled back, however, her condition deteriorated. “I couldn’t breathe, I thought I was swallowing my tongue, I wasn’t able to drive straight,” she said.

Upon arriving home, the mother collapsed and was admitted to a hospital. Haya explained that the doctors examining her were dumbfounded at her condition and were apparently unsure about how to treat her.

As a result of the concoction of medications she is now using, Haya said she can no longer sleep or manage her household. “I have small children who need a mother,” she said. “They need baths, food, need me to jump with them or take them to the park.”

Struggling to contain tears, Haya added that this is no longer possible. “My life was ruined … my life as it is today is finished.”

Although Haya’s condition developed immediately after her second injection in March, she was given a medical consultation date of November 1, eight months later.

In light of their experiences, the speakers all strongly warned against taking the COVID jab and confirmed that they would not present their children for inoculation.

Speaking with LifeSiteNews, Avital said that hearing so many injuries arising so soon after taking the COVID jab quickly drew her concern. She grew especially critical when Israeli media were not reporting the stories she was seeing and hearing through friends and social media.

“The web started to be filled with people saying, especially in groups, about people who got injured after getting the vaccine. But at the same time, in the media, the Israeli media, nothing,” Avital said.

“Nobody is listening to them,” Avital lamented, “nobody’s even taking care of them. And they are just the tip of the iceberg.”

“They were the only people brave enough to speak out at the time that they did the project,” she said, adding that beside this brave few, “there are thousands and thousands of cases.”

Avital suggested that the jab rollout should stop until medical research discovers what is causing the widespread adverse health developments. “They have to stop and, of course, not to give it to the children.”

She stressed that the government is “trying to shut our mouths and not let people tell the world what’s going on with them … there’s no second opinion in Israel.” However, through initiatives like the Testimonies Project, “it’s starting to come out.”

Avital shared her wish that the Testimonies Project would help many others who have been silent about their experiences to bring their own testimonies to the public sphere and shed light on the damage wrought by the jab. “I hope that all the people that got injured and are afraid to speak will come out with their stories,” Avital said.

Support for her work has been overwhelming, she said, explaining that, since launching the video, “people are contacting me, new people that want to give testimonies or just let me know what happened.” The project costs, including research, travel, filming and production, rose to around 20,000 shekels (around $6,230), Avital explained, noting that people were so keen to help that “in two weeks, I raised the money.”

Avital directed Israelis who have been injured by the jab to contact the Israeli People’s Committee, an independent group of doctors, lawyers, and scientists who are documenting vaccine injury cases for transparency and to pursue medical remedies and legal recompense.

“If it happened to you or to someone you know, please report to The Israeli People’s Committee. Then please share this video and add your personal story. Because you are no longer alone. There are thousands of testimonies to support you,” Avital encouraged.

“Now, when it comes to our children, the truth must come out.”

In the United States, VAERS records show that 798,636 injury reports were lodged between October 8, 2021 and December 14, 2020, when the COVID jab rollout began. Of the total report figure, 53.5 percent of injuries were made after injection with Pfizer’s experimental mRNA shot.

Pfizer’s jab has been correlated with 11,350 deaths, accounting for a disproportionate 67.7 percent of all deaths after a COVID shot in the VAERS database.

While causation is not explicitly confirmed through the VAERS  reporting system, neither can it be presumed that all side effects are reported. Indeed, one study in 2010 found that “fewer than 1% of vaccine injuries” are reported to VAERS, suggesting the actual numbers of deaths and injuries are significantly higher.