A study funded by the National Institutes of Health and published in Obstetrics & Gynaecology found women who received COVID-19 shots had longer menstrual cycles, typically by less than one day, and some women experienced even greater menstrual changes, particularly those who received two shots in the same menstrual cycle. 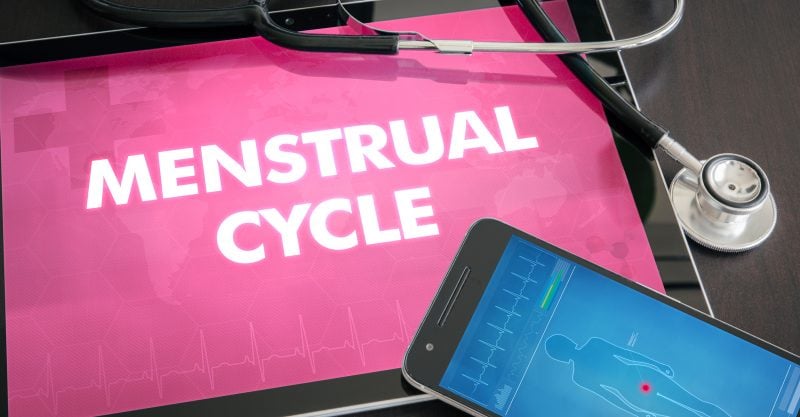 Women around the globe have reported changes in their menstrual cycles following COVID-19 shots. Changes include heavier and more painful periods and changes in menses length, as well as unexpected breakthrough bleeding or spotting among women on long-acting contraception or those who are postmenopausal and haven’t had a period in years or even decades.

Health officials have tried to brush off the reports, but a study published in Obstetrics & Gynaecology — and funded by the National Institute of Child Health and Human Development and the National Institutes of Health’s Office of Research on Women’s Health — confirms an association between menstrual cycle length and COVID-19 shots.

Anecdotal reports on social media, meanwhile, are numerous and, according to the study, “suggest menstrual disturbances are much more common …”

For instance, Kate Clancy, a human reproductive ecologist and associate professor of anthropology at the University of Illinois Urbana-Champaign, and Katharine Lee, a biological anthropologist studying women’s health at Washington University School of Medicine in St. Louis, who were not involved in the featured study, have more than 140,000 reports from those who’ve had changes in their period following COVID-19 injections, which they’re formally documenting in an open-ended study.

Another 30,000 reports of period changes following the jabs have been reported to the U.K.’s regulator. The implication is that the shots could be having an effect on fertility. As the Obstetrics & Gynaecology researchers noted, “Menstrual cyclicity is an overt sign of health and fertility.”

Gunnveig Grødeland, a Norwegian vaccine researcher with the University of Oslo and Oslo University Hospital, also told TV2.no, “There are sufficient numbers of women who are experiencing changes, not just in Norway, but also abroad, to make it likely that this is connected to the vaccine.”

The Norwegian Institute of Public Health is studying menstrual bleeding in 60,000 Norwegian women aged 11 to 80 years to explore whether irregularities are linked to COVID-19 injections.

The Obstetrics & Gynaecology study involved 3,959 individuals between the ages of 18 and 45 years. Those who had not received a COVID-19 shot noted no significant changes in their fourth cycle during the study compared to their first three cycles.

While the researchers described the change as not clinically significant, meaning it’s not notable from a health standpoint, there were some women who experienced even greater menstrual changes, particularly those who received two shots in the same menstrual cycle.

These changes included a two-day increase in cycle length and, in some cases, changes in cycle length of eight days or more. Despite this, the researchers largely brushed off the findings because cycle lengths seemed to return to normal within two post-shot cycles:

“A subset of individuals who received both vaccine doses in a single cycle had, on average, an adjusted 2-day increase in their vaccination cycle length compared with unvaccinated individuals. Although approximately 10% of these individuals experienced a clinically notable change in cycle length of 8 days or more, this change attenuated quickly within two postvaccine cycles.”

Research is needed to determine how the shots affect other aspects of menstruation, such as symptoms like pain and mood changes and characteristics of bleeding, such as heaviness of flow.

As for how they’re leading to changes, it’s well-known that menstrual cycle timing, which is controlled by the hypothalamic-pituitary-ovarian axis, is influenced by environmental and health stressors.

The menstrual cycle changes seen in the study were not due to typical stress, however, since the uninjected group had no such changes during the study. Instead, it’s possible that the immune response created by the mRNA shots affected the hypothalamic-pituitary-ovarian axis. According to the study:

“Cycle length variability results from events leading to the recruitment and maturation of the dominant follicle during the follicular phase, processes known to be affected by stress.”

Likewise, in an editorial published in The BMJ, Victoria Male, a lecturer in reproductive immunology at Imperial College London, stated that when it comes to menstrual changes after COVID-19 shots, “A link is plausible and should be investigated.” According to Male:

“Menstrual changes have been reported after both mRNA and adenovirus vectored covid-19 vaccines, suggesting that, if there is a connection, it is likely to be a result of the immune response to vaccination rather than a specific vaccine component. Vaccination against human papillomavirus (HPV) has also been associated with menstrual changes.

“… Biologically plausible mechanisms linking immune stimulation with menstrual changes include immunological influences on the hormones driving the menstrual cycle or effects mediated by immune cells in the lining of the uterus, which are involved in the cyclical build-up and breakdown of this tissue. Research exploring a possible association between covid-19 vaccines and menstrual changes may also help understand the mechanism.”

Women who are pregnant or of childbearing age are urged to get a COVID-19 shot, even though data don’t support its safety.

Pregnant women were excluded from the mRNA injection clinical trials, but a Pfizer-BioNTech rat study revealed the injection more than doubled the incidence of pre-implantation loss and also led to a low incidence of mouth/jaw malformations, gastroschisis (a birth defect of the abdominal wall) and abnormalities in the right-sided aortic arch and cervical vertebrae in the foetuses.

Pfizer’s biodistribution study, which was used to determine where the injected substances go in the body, also showed the COVID spike protein from the shots accumulated in “quite high concentrations” in the ovaries.

A Japanese biodistribution study for Pfizer’s jab also found that vaccine particles move from the injection site to the blood, after which circulating spike proteins are free to travel throughout the body, including to the ovaries, liver, neurological tissues and other organs.

Already, global fertility rates are falling, reaching 2.4 births per woman in 2018, down from 5.06 in 1964. Fertility rates in about 50% of countries worldwide are at 2.1, which is below population replacement level, The Guardian reported. If further stressors are introduced, it could be catastrophic.

A CDC-sponsored study that was widely used to support the U.S. recommendation for pregnant women to get injected “presents falsely reassuring statistics related to the risk of spontaneous abortion in early pregnancy,” according to the Institute for Pure and Applied Knowledge (IPAK).

When the risk of miscarriage was recalculated to include all women injected prior to 20 weeks gestation, the incidence was seven to eight times higher than the original study indicated, with a cumulative incidence of miscarriage ranging from 82% to 91%.

IPAK calls for withdrawal of shots

Not only does IPAK’s data show COVID-19 injections prior to 20 weeks are unsafe for pregnant women, but 12.6% of women who received it in the 3rd trimester reported Grade 3 adverse events, which are severe or medically significant but not immediately life-threatening. Another 8% also reported a fever of 38 degrees C (100.4 degrees F), which can lead to miscarriage or premature labor.

Further, the study follow-up only continued for 28 days after birth, meaning the long-term effects of prenatal exposure to babies is unknown. The many concerns of mRNA COVID-19 injections during pregnancy and breastfeeding include inhibition of synctyin-1, a protein essential for cell fusion and placental development, and transmission of mRNA and spike protein across the placenta and through breast milk. IPAK explained:

“The transmission of mRNA and spike protein across the placenta and through breast milk is of concern, given the unknown effect on development in utero or on a breastfeeding infant.

“There were no mRNA spike-encoding region amplifications detected in aqueous or liquid breast milk fractions 0–7 days post-vaccination in a study … in 15 pregnant women and five breast-feeding women who received one Pfizer-BioNTech (BNT162B2) mRNA vaccination.

“However, the presence of spike protein itself was not tested for. The authors of this study urge caution, given the small sample sizes and study duration of only one week post-exposure.

“In contrast to this study, voluntary reporting systems such as VAERS have received numerous reports of thrombotic thrombocytopenic purpura (TTP), gastrointestinal upset, rash, anaphylactic reaction and death … following exposure to breastmilk of a recently vaccinated mother.”

The Obstetrics & Gynaecology study adds further data that the shots are influencing aspects of fertility and reproduction by influencing menstrual cycle length. IPAK believes the data are already compelling enough to withdraw the shots for vulnerable populations, noting:

“Considering the evidence presented here, we suggest the immediate withdrawal of mRNA vaccine use in pregnancy (Category X) and those breastfeeding, alongside the withdrawal of mRNA vaccines to children or those of child-bearing age in the general population, until more convincing data relating to the safety and long-term impacts on fertility, pregnancy and reproduction are established in these groups.”