The WHO, Agent Of The NWO, Enemy Of The People 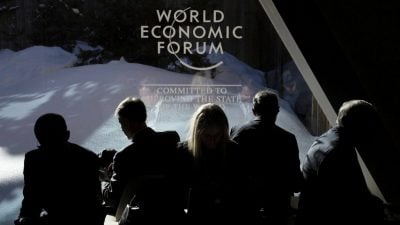 THE PLAN shows the official agenda of the World Health Organization to have ten years of ongoing pandemics, from 2020 to 2030.

This is revealed by a WHO virologist, Marion Koopmans. You will also see shocking evidence that the first pandemic was planned and abundantly announced right before it happened.

More information, and to see all the documents in THE PLAN, go to: https://www.stopworldcontrol.com/proof

A group of almost one thousand medical doctors in Germany called ‘Doctors for Information’, which is supported by more than 7,000 professionals including attorneys, scientists, teachers etc., made a shocking statement during a national press conference: (1)

‘The Corona panic is a play. It’s a scam. A swindle. It’s high time we understood that we’re in the midst of a global crime.’

This large group of medical experts publishes a newspaper with circulation of 500,000 copies every week, to alert the public about the misinformation in the mainstream media about the coronavirus.

They also organize mass protests with millions of people throughout Europe.

Hundreds of Spanish medical doctors say the pandemic was created

In Spain, a group of 600 medical doctors called ‘Doctors for Truth’ made a similar statement during a press conference. ‘Covid-19 is a false pandemic created for political purposes. This is a world dictatorship with a sanitary excuse. We urge doctors, the media and political authorities to stop this criminal operation by spreading the truth.’ (2)

‘Doctors for Information’ and ‘Doctors for Truth’ have joined forces with similar groups of practitioners around the world in the ‘World Doctors Alliance’ (2A).

This historic alliance connects more than one hundred thousand medical professionals around the world.

They reveal how the pandemic is the greatest crime in history, and offer solid scientific evidence for this claim. They also take legal actions against governments who are playing along with this criminal operation.