Thunberg Got it Wrong, 97% Bought Scientists Misled Her

NER: There are 1000’s of real climate specialists outside the claimed 97% man-made-warming mob. Together they have been saying for decades that the sun is by far the primary driver for climate change. As we go now into a Grand Solar Minimum, we will see a cooling trend, that not one of the infamous 97% has predicted.

NER: Here is the link to the actual technical paper presented:
https://notrickszone.com/2021/10/18/2001-2019-warming-driven-by-increases-in-absorbed-solar-radiation-not-human-emissions/ 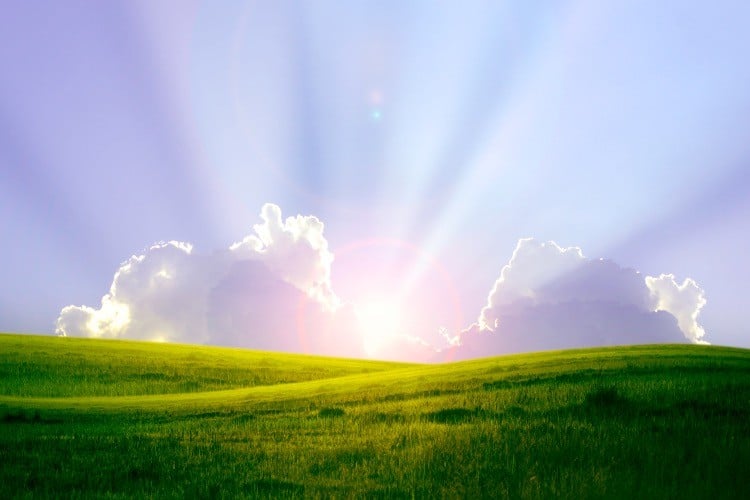 A trio of recent studies published from June through September of this year have concluded that observed warming in the first two decades of the 21st century is more likely due to increases in absorbed solar radiation than humankind’s emissions of greenhouse gases.

Kenneth Richard connected the three studies on the website NoTricksZone.

Scientists from NASA and NOAA studied data from NASA’s Clouds and the Earth’s Radiant Energy System (CERES) along with Argo, a global array of ocean floats that record the oceans’ temperature and salinity.

“The two very independent ways of looking at changes in Earth’s energy imbalance are in really, really good agreement, and they’re both showing this very large trend, which gives us a lot of confidence that what we’re seeing is a real phenomenon and not just an instrumental artifact, ” said Norman Loeb, the lead author of study.

While the study does contend that mankind’s emissions have an effect in observed warming, data shows it to be a small one. As Richard notes in NoTricksZone, “In emitted thermal radiation, [the] graph shows the greenhouse gas impact is effectively offset by the cloud influence; both factors are cancelled out by temperature changes. This leaves the increase in absorbed solar radiation shown in graph (d) due to natural variations in clouds and surface albedo (SFC) as the primary driver(s) of top-of-atmosphere (TOA) flux forcing during the last two decades.” 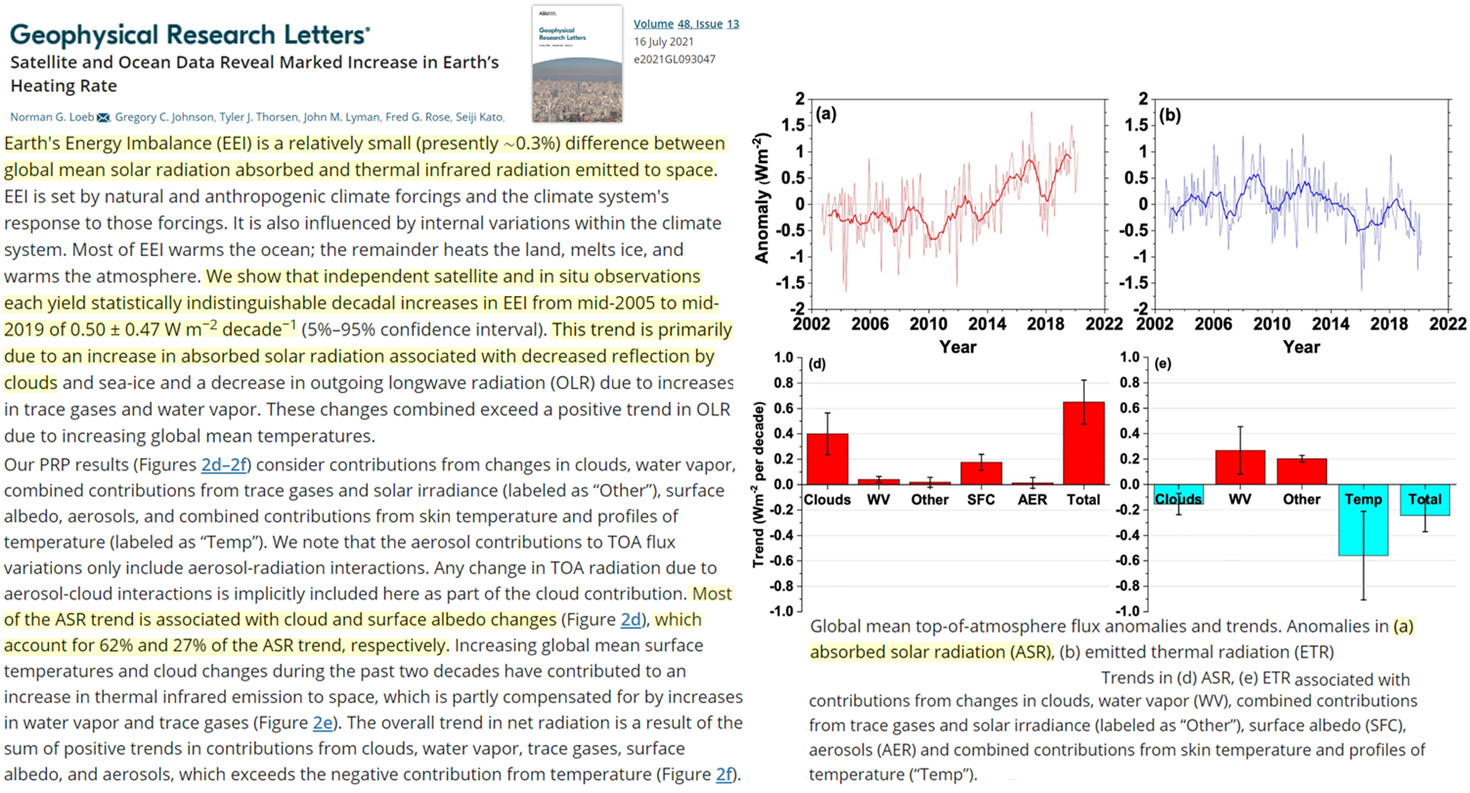 The study also cites another non-human-emissions related factor for an increase in temperatures — the Pacific Decadal Oscillation (PDO). This natural and normal ocean variation shifted into a warm phase around 2014, continuing until 2020. Scientists speculate that this change led to a reduction in cloud cover over the ocean, leading to an increase in absorption of solar radiation.

In another study, done by Hans-Rolf Dübal and Fritz Vahrenholt in Germany, the authors believe that man’s emissions might actually be having a cooling effect. Their own conclusions to the CERES data “conflict with the assumption further global warming originates mainly from the LW [longwave] radiation capture caused by greenhouse gases, i.e., a decline in outgoing LW.”

Or as Richard explains, “In fact, the LW or greenhouse effect impact has been negative; it has contributed a net cooling influence over the last two decades.”

Yet another study, done by Antero Ollilia of Aalto University in Finland, claims that climate models can only correctly simulate current temperatures if this shortwave solar radiation anomaly of the past two decades is omitted. In other words, if the true cause of any observed warming is left out of the modelling, any increase in temperature must be attributed to man-made factors.

That study states that “there are natural climate drivers that have rapid and significant temperature impacts exceeding the anthropogenic drivers,” and further states that any warming observed since 2015 “cannot be due to anthropogenic reasons.”

Maybe so, but humans are far from the only factor when assessing global climate. We don’t even make the top 10 on the list of things that affect or control climate.

In reality, our collective understanding of our climate system is not at a level where climate scientists — and certainly not politicians — can simply point to man’s carbon emissions as the sole reason for climate change, either observed or projected decades in the future, no matter what the fanatics attending COP26 later this month tell you.