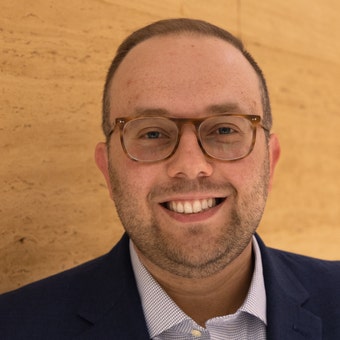 GOP appears split over continuing to provide aid to Ukraine

Ukrainian President Volodymyr Zelenskyy made a direct appeal to Republican critics during his Wednesday address to a joint meeting of Congress, telling lawmakers that no country was safe in the face of Russian aggression.

In a speech that won several standing ovations from both sides of the aisle, Zelenskyy predicted the war will hit a turning point next year just as Republicans are set to take control of the U.S. House of Representatives.

“The struggle will define in what world our children and grandchildren will live,” said Zelenskyy. “This battle cannot be frozen or postponed, it cannot be ignored hoping that [an] ocean or something else will provide protection.”

The Ukrainian president said the world is “too interconnected and interdependent” for the U.S. to “stand aside and at the same time feel safe when such a battle continues.”

“Your money is not charity,” he said. “It’s an investment in the global security and democracy that we handle in the most responsible way.”

Zelenskyy said that U.S. support is crucial not only for Ukraine’s victory but also to show Russia and China that “no one can succeed in breaking national borders” or committing atrocities. And he made a direct appeal for more U.S. military aid.

“Ukraine never asked that American soldiers fight on our land instead of us,” said Zelenskyy. “I assure you that Ukrainian soldiers can perfectly operate American tanks and planes themselves.”

“More cannons and shells are needed,” said the president. “Russia can stop its aggression if it wanted, but you can speed up our victory.”

Zelenskyy’s address came as Congress is slated to pass a $1.7 trillion spending bill this week. The bill includes more than $45 billion in additional military and humanitarian aid for Ukraine — boosting the U.S.’s total commitment to the war to more than $100 billion if it passes.

A resident walks next to a house destroyed by Russian shelling in Kramatorsk, Ukraine. (AP Photo/Andriy Andriyenko/File)

Some Republican lawmakers, specifically in the House, have criticized sending more money to Ukraine. They’ve argued that sending more aid without proper accountability metrics in place or a plan for ending the war is improper.

“Most of my constituents do not wish to have their money sent to Ukraine, especially not without oversight or an audit,” said Rep. Thomas Massie, R-Ky.

“Ukraine never asked that American soldiers fight on our land instead of us,” said Zelenskyy. “I assure you that Ukrainian soldiers can perfectly operate American tanks and planes themselves.”

Other House Republicans have also lambasted the notion of spending money on bolstering Ukraine’s security while the U.S.-Mexico border faces an immigration crisis.

“I will oppose giving more money to Ukraine while our own southern border remains open to an invasion led by drug cartels,” said Rep. Mary Miller, R-Ill.

Zelenskyy during Wednesday’s address challenged GOP lawmakers to think broader in their view of the world.

“I know that everything depends on us, the Ukrainian armed forces, yet so much depends on the world,” said Zelenskyy. “So much in the world depends on you.”