Variants & Virus Replication Due to Impact of Vaccine

NER: Antibody dependent enhancement (ADE) seems to be occurring as the vaccine efficacy wears off. At this stage, which can be up to 6 months, the depleting power of the vaccine allows the virus to replicate at an ever increasing rate, leading to death. 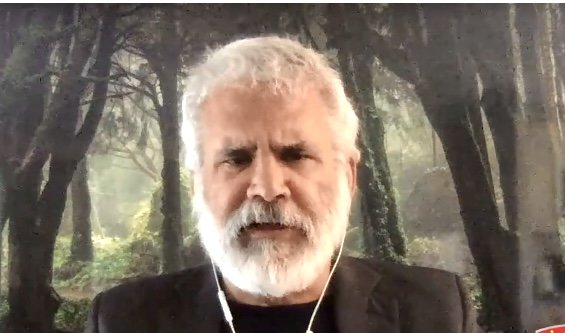 Dr Malone notably claims to have been the chief inventor of mRNA technology and mRNA and DNA innovations while working with the Salk Institute in the 1980s. Both the Pfizer and Moderna COVID-19 vaccines rely on mRNA technology. Malone is also a licensed physician who received his medical training at Northwestern University, Harvard University medical school, and UC Davis.

In his interview with Bannon, Malone responded to the Centres for Disease Control and Prevention’s (CDC) recent reversal on face masks, noting what he called “increasingly desperate and abrupt rollouts of information.”

Earlier this week, the CDC updated guidance to state that Americans should once again mask up indoors if they are in areas of “high” or “substantial” virus transmission, even after receiving COVID-19 vaccines. “Emerging evidence suggests that fully vaccinated persons who do become infected with the Delta variant are at risk for transmitting it to others,” the agency’s guidelines now say, citing “unpublished data,” some of which was released Friday.

“We’ve seen a progression of increasingly desperate and abrupt rollouts of information, beginning with Pfizer’s alert a couple of weeks ago that they think we were going to need to have a booster after six months, and Fauci reprimanding them, and then the government flip-flopping and saying that we were going to have to have boosters for Pfizer recipients after six months in elderly and immunocompromised, and then the bomb dropped last night,” Malone said. “And I’m afraid that it’s precisely what I have been concerned about.”

He noted a report by NBC News on Tuesday that claimed that the CDC’s backtrack on masks reflected data showing that vaccinated people “could be carrying higher levels of virus than previously understood” and possibly infecting others, according to “multiple sources” close to the Biden administration. The NBC article has been heavily edited since publication.

Based on statements in the report, Malone inferred that viral levels were higher in vaccinated people than in unvaccinated people. As he later explained on Twitter, this has not been resolved.

A CDC report published today said that viral loads between the vaccinated and unvaccinated are likely “similar,” though “microbiological studies are required to confirm these findings.”

“This is precisely what one would see if antibody dependent enhancement (ADE) was happening,” Malone said regarding higher virus levels among the vaccinated. “What is antibody dependent enhancement? Briefly, it’s that the vaccine causes the virus to become more infectious than would happen in the absence of vaccination, would cause the virus to replicate at higher levels than in the absence of infection.” (See further ADE explanation here)

“This is the vaccinologist’s worst nightmare. It happened with the respiratory syncytial virus in the ‘60s and caused more child deaths in vaccine recipients than unvaccinated. It happened with Dengvaxia, the dengue vaccine,” Malone continued.

Malone said that antibody dependent enhancement seems most apparent in people injected with Pfizer’s vaccine. “So, we now know that the Pfizer protection is waning at six months,” he said. “And what the data seem to suggest is those who have received Pfizer, which is probably the least immunogenic of the three in terms of durability, length of protection, people that are now in the waning phase of the immune response to the Pfizer vaccine seem to be getting infected.”

“Notice they keep talking about Pfizer and not about the other two. So, this suggests this is exactly what you would anticipate, is the window of greatest susceptibility to antibody dependent enhancement is in this long tapering phase as the vaccine response declines.”

The top mRNA vaccine expert also criticized Dr Anthony Fauci, who stated in an appearance on MSNBC this week that levels of virus in the noses of vaccinated people who contract COVID-19 are “exactly the same as the level of virus in an unvaccinated person who’s infected.”

“And I think Dr Fauci is being very disingenuous,” Malone said. “I’m accused of being now an anti-vaxxer and promoting disinformation. But to my eyes, the government is obfuscating what’s happening here.”

“And I don’t mean to sound alarmist, but what seems to be rolling out is the worst-case scenario, where the vaccine in the waning phase is causing the virus to replicate more efficiently than it would otherwise, which is what is we call antibody dependent enhancement is what the word is. And people have been warning about this since the outset of this rushed vaccine campaign.”

Dr Malone also criticized Fauci, who recently blamed unvaccinated people for variants, for a “misleading set of statements” about the mutations. Malone said “the escape mutants that are escaping vaccine selective pressure are most likely developing in the people that have been vaccinated, not in the unvaccinated.” “So that’s just another convenient lie,” he said, adding that “antibody dependent enhancement can be influenced by escaped mutants.”

“If the data are consistent with [antibody dependent enhancement], we have to stop the vaccine campaign,” Malone stressed. “We have to pivot to expediting as much as possible drug treatments, which have been largely blocked and suppressed at the FDA level, particularly for repurposed drugs.”

Commenting on the Biden administration’s move to impose new COVID-19 vaccines requirements for all federal employees, Malone said he is witnessing “the most florid example, to my eye, of groupthink that I’ve ever seen in my life.”

“I think that they are all in on the logic that we need universal vaccination to open up the economy. We don’t,” he said. “They think that vaccines are the pathway to getting to herd immunity. They’re not.”

“And they think the vaccines are perfectly safe. And not only they’re not perfectly safe, if this is true, that NBC reports, and the titers are higher in vaccinated than unvaccinated, that means we got the worst case type of adverse event that scares vaccinologists, all vaccinologists, which is antibody dependent enhancement.”

“They’re all in, and they seem to be unable to process this new information, and it seems to be causing cognitive dissonance and causing these people to be increasingly frantic and transparent in their chaotic messaging,” Dr Malone continued.

In an previous episode of Bannon’s War Room last week, Dr Malone emphasized the risk of complications from COVID-19 vaccines, pointing to “pretty clear evidence that the spike protein expressed from vaccines is caused from toxicity in a small subset of patients.”

“The question is, how big is that subset and how bad and broad are those toxicities? The honest truth is we don’t know, and furthermore there [are] a lot of signs that that information is being withheld from us.”

Multiple sources told him, he said, that the CDC has been “grossly underreporting” adverse events like cardio toxicity. “My senior colleagues at the FDA have known that this was the case for months and are very frustrated,” Malone said. “We have multiple examples where the CDC appears to be editing data in the support of the ‘noble lie.’”

Hundreds of thousands of complications after coronavirus vaccination have been reported by federal authorities, including more than 6,300 deaths, though research has shown that the vaccine injury tracking system led by the CDC and FDA significantly undercounts adverse events.

Experts, like Dr Peter McCullough, a renowned cardiologist and editor of two medical journals, have estimated that the total deaths attributable to the vaccines could be higher than 50,000.