A paper published Sept. 30, in Eurosurveillance showed COVID spread rapidly by a fully vaccinated patient to fully vaccinated staff, patients and family members — despite a 96% vaccination rate and use of full personal protective equipment. Five patients died and nine had severe cases. 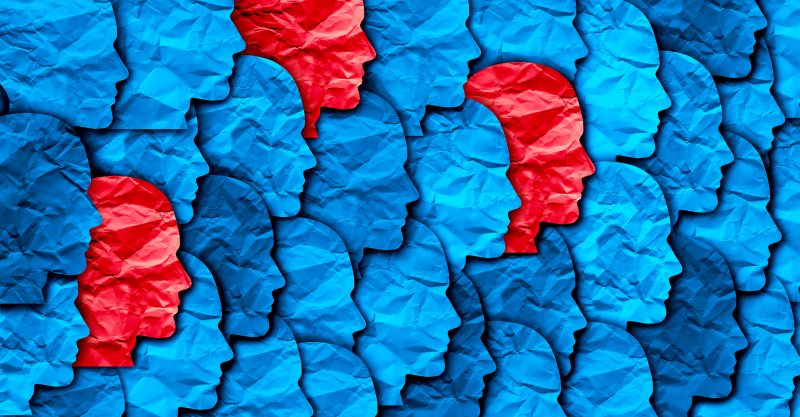 A paper published Sept. 30 in Eurosurveillance raises questions about the legitimacy of “vaccine-generated herd immunity.”

The study cites a COVID outbreak which spread rapidly among hospital staff at an Israeli Medical Centre — despite a 96% vaccination rate, use of N-95 surgical masks by patients and full personal protective equipment worn by providers.

Of the 42 cases diagnosed in the outbreak, 38 were fully vaccinated with two doses of Pfizer and BioNTech’s Comirnaty vaccine, one had received only one vaccination and three were unvaccinated.

“This communication … challenges the assumption that high universal vaccination rates will lead to herd immunity and prevent COVID-19 outbreaks … In the outbreak described here, 96.2% of the exposed population was vaccinated. Infection advanced rapidly (many cases became symptomatic within 2 days of exposure), and viral load was high.”

According to the paper, the outbreak originated from a fully vaccinated haemodialysis patient in his/her 70s who was admitted with fever and cough and placed in a room with three other patients.

The patient had not been tested for SARS-CoV-2 on admission day, because his/her symptoms were mistaken for a possible bloodstream infection exacerbating congestive heart failure.

To determine the source of the outbreak, researchers conducted phylogenetic analysis on the whole-genome SARS-CoV-2 sequences that were available for 12 cases in the outbreak, including staff and patients from Wards A, B and C and dialysis departments.

All were infected with the Delta variant and epidemiologically and phylogenetically connected to the same outbreak, except for one case. That case and three staff members were not considered part of the outbreak.

BioNTech CEO says new COVID vaccine will be needed in 2022

The head of BioNTech — the German company that co-developed a COVID vaccine with Pfizer — said a new formula will likely be needed by mid-2022 to protect against future mutations of the virus.

According to Bloomberg, Ugur Sahin, co-founder and CEO of BioNtech, told the Financial Times that while current COVID variants, such as the contagious Delta strain, were not different enough to undermine current vaccinations, new strains will emerge that can evade booster shots and the body’s immune defences.

“This year [a different vaccine] is completely un-needed, but by mid-next year, it could be a different situation,” Sahin said. “This is a continuous evolution, and that evolution has just started.”

According to a new pre-print study submitted for peer review, Pfizer/BioNTech vaccine antibodies disappear in many by seven months.

Researchers analysed blood samples from 46 healthy, mostly young or middle-aged adults after receipt of the two doses and again six months after the second dose.

“Our study shows vaccination with the Pfizer-BioNtech vaccine induces high levels of neutralizing antibodies against the original vaccine strain, but these levels drop by nearly 10-fold by seven months” after the initial dose, Bali Pulendran of Stanford University and Mehul Suthar of Emory University said in an email to Reuters.

In roughly half (47%) of all subjects, neutralising antibodies that can block infection against COVID variants, such as Delta, Beta and Mu, were undetectable at six months after the second dose, the study showed.

Neutralising antibodies are not the immune system’s only defence against the virus. Still, they “are critically important in protecting against SARS-CoV-2 infection,” said Pulendran and Suthar.

Researchers said the findings warrant administering a booster dose around six to seven months to enhance protection against SARS-CoV-2 and its variants.

Dr Anthony Fauci, director of the National Institute of Allergy and Infectious Diseases, said Tuesday he believes the “optimal regimen” of vaccination against the SARS-CoV-2 virus will include a booster shot.

Fauci’s comments come a week after the U.S. Food and Drug Administration (FDA) and Centres for Disease Control and Prevention authorized boosters for millions of Americans, including those whose professions make them “high risk.”

Nearly 1 million Americans have already scheduled appointments to receive a third dose of Pfizer’s COVID vaccine, according to the White House.

Pfizer and BioNTech on Sept. 30 submitted initial data from their vaccine trial on children between 5 and 11 years old to the FDA.

The first two meetings, on Oct. 14 and 15, will cover booster doses of Moderna and Johnson & Johnson’s COVID vaccines — both of which are authorised for use in adults.

During the second meeting, the committee also will discuss data from the National Institutes of Health on the safety and efficacy of getting initial doses of one COVID vaccine and, later, a booster dose of another manufacturer’s shot, Politico reported.