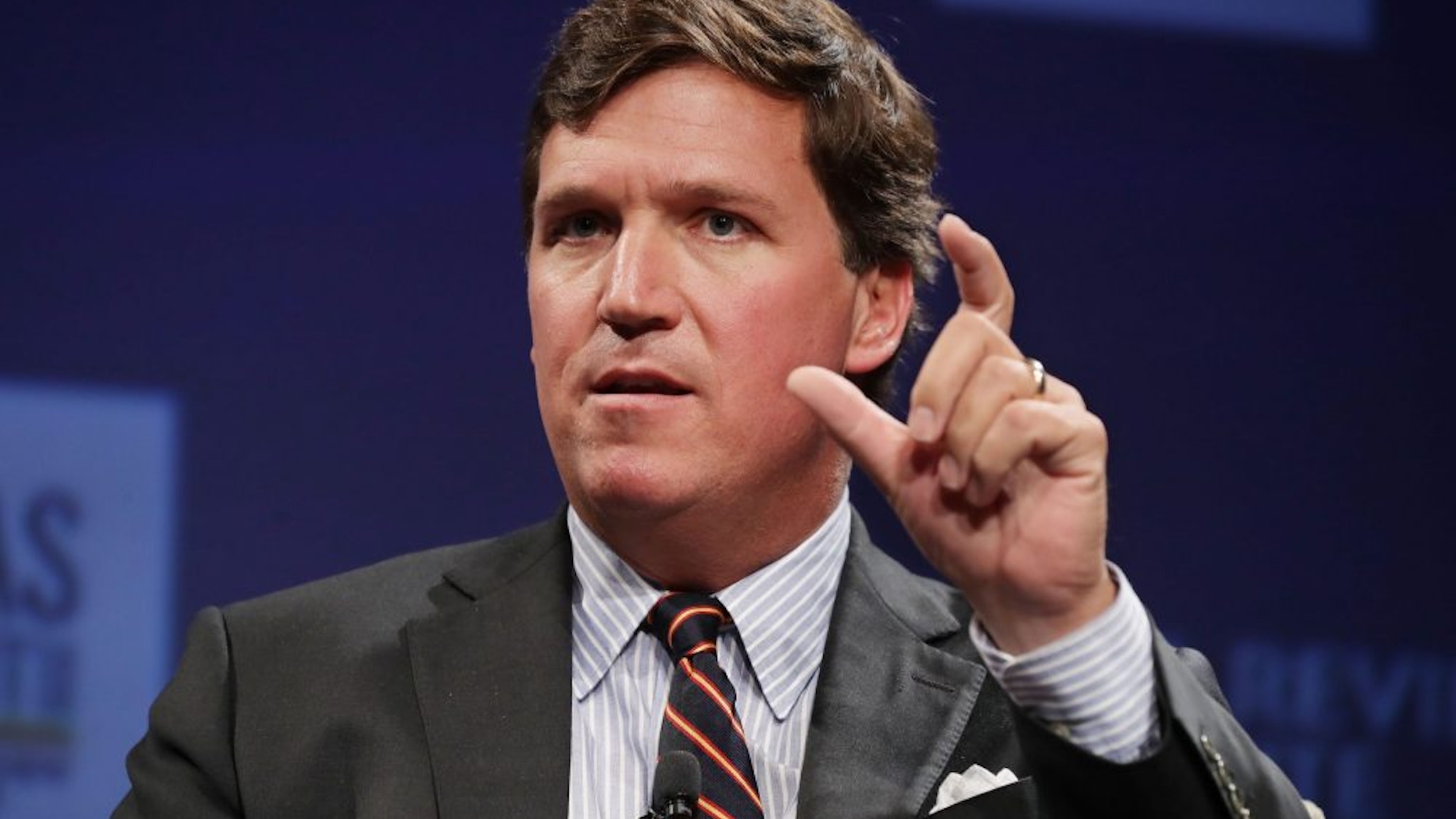 Fox News anchor Tucker Carlson on Monday evening highlighted the energy crisis faced by Europe ahead of the winter months.

Energy prices in many developed countries — particularly nations in western Europe heavily dependent upon renewable sources — have risen dramatically amid the Russian invasion of Ukraine, with natural gas prices in Germany and France soaring to an order of magnitude higher than usual levels. As Carlson described, the price increases have driven Europeans to regress “back to the dark ages” in their pursuit of fuel to heat their homes through the winter.

“Demand for firewood in Germany has risen so fast that there is none left to buy. You can’t get it. So desperate Germans are now cutting their own wood — scouring the forests like their ancestors for sources of heat,” Carlson described. “In Poland, families are standing in line for days to buy coal… Cars queued up outside of coal mines looking for fuel.”

Various European countries have begun introducing quotas to conserve energy ahead of the winter months. Spain’s legislature recently mandated that public air conditioning can be set no lower than 27 degrees Celsius — 80.6 degrees Fahrenheit — while stores and public buildings must turn off their lights by 10:00 pm.

Carlson also highlighted a warning former President Donald Trump delivered to German diplomats about their energy future at the United Nations four years ago. After Trump predicted that Germany would be “totally dependent” on Russian energy imports “if it does not immediately change course,” the German officials snickered.

Carlson also noted that consumer spending might severely decline as Europeans grapple with paying their energy bills — a phenomenon that could impact the global economy. Germany, the United Kingdom, France, and Italy are among the ten largest economies in the world.

“When the cost of keeping your apartment warm jumps by hundreds of percent in a single year, you become a completely different person,” he said. “You change your behavior radically. You’re no longer tempted to buy a new $1,400 iPhone or shop at Whole Foods, or even pick up an extra cappuccino — the entire consumer economy grinds to a halt because there’s no discretionary income.”

The European Union has adopted the official policy of becoming “a climate-neutral society” by 2050 in accordance with the European Green Deal and the Paris Agreement. Earlier this week, Tesla and SpaceX CEO Elon Musk cautioned that the global economy places itself at risk by pursuing a rushed transition to renewable power.

“Realistically I think we need to use oil and gas in the short term, because otherwise civilization will crumble,” Musk told reporters at an energy summit in Norway. “One of the biggest challenges the world has ever faced is the transition to sustainable energy and to a sustainable economy. That will take some decades to complete.”

Musk issued a similar warning to the United States earlier this year — despite possible harm brought to Tesla, which manufactures electric cars.