NER: The lockdown issue has been debated at length. Generally it is concluded that it was a bad mistake. I certainly subscribe to that view with one caveat. I am sure that the authorities knew the damage that would be caused, not just to the masses but to the economy. All of it fits with the agenda of The Great Reset, to which almost all governments have subscribed. To generate fear, panic & wrecked economies, prepared the world for the gene therapy injections. These in turn are undoubtedly part of the openly declared, depopulation agenda. 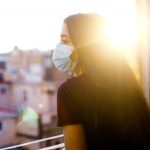 (NaturalHealth365)  Demanding a mandate of a medical product that has known serious adverse reactions – reactions for which the drug’s manufacturers are not liable – is morally questionable, say many critics of COVID shot passports, especially when many effective COVID-19 treatments exist.

But jab mandates aren’t the only pandemic mitigation protocol that have been heavily criticised.  Just hear what a Stanford University professor had to say about lockdowns.

Dr John P.A. Ioannidis is a Professor of Medicine, Epidemiology, and Population Health at Stanford University.  In June 2021, he spoke at the University of Salzburg in Austria.

Below are just a few of the points he raises against COVID lockdowns:

Dr Ioannidis also points out that while COVID-19 has caused deaths, the pandemic disease is nowhere near as deadly as early predictions suggested.  Current data indicates the overall global IFR is as low as 0.15%.

Notably, Dr Ioannidis is not the only expert from Stanford standing against lockdowns.  In a summer 2020 interview, Stanford biology professor Michael Levitt – who won the Nobel Prize in Chemistry 2013 – had this to say about lockdowns:

“I think lockdown is a very crude, mediaeval-sounding phrase.  I think closing schools, closing businesses,  and places of work is not such a great idea and causes huge damage to the economy.  It’s wicked to people in the economy because if you’re a gardener, or you own a restaurant, you can’t work from home.”

He adds: “[Lockdowns are] very unfair to the younger people and to the disadvantaged people – people have not fully estimated some negative results of the lockdown.  Suicides, for example, have increased dramatically in certain locations, along with marital abuse, child abuse, and addiction.  In addition, tobacco use has increased very substantially, which will end up killing people.  For example, if people smoke 5% more, it would result in much more deaths than all the COVID-19 deaths by far.”

Suicide is the second leading cause of death among American youths, and the rate of child and teen suicide has been increasing for several years.  But according to data released in June from the U.S. Centres for Disease Control and Prevention (CDC), youth suicide and suicide attempts spiked at an alarming rate during the pandemic.

Girls in this age group were affected the most severely, with February through March 2020 ER admissions for suicide attempts jump by over 50% compared to the same time period just one year earlier.

“Young persons might represent a group at high risk because they might have been particularly affected by mitigation measures, such as physical distancing (including a lack of connectedness to schools, teachers, and peers); barriers to mental health treatment; increases in substance use; and anxiety about family health and economic problems, which are all risk factors for suicide.”

So, what do you think? Are these lockdown measures justified or not?