Not About Trump, Its Corruption of US Agencies 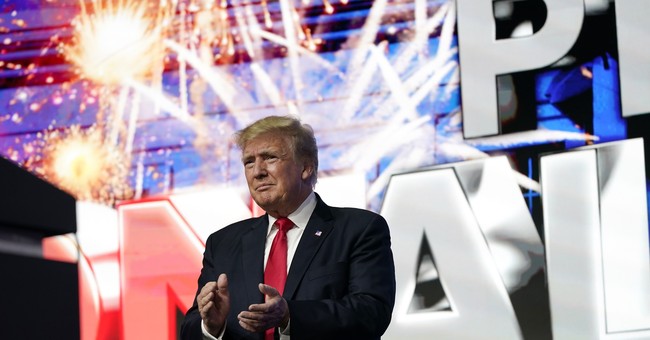 We all knew it was garbage. Every bombshell development turned out to be a nothing burger. Every new lead lacked evidence, but the chorus was overwhelming. It was a brutal political hamstringing of a presidency that the DC crowd didn’t like. They felt the people made the wrong decision. They were going to correct that by having the intelligence community, the FBI, the Democrats, and the media peddle a fake news story about Donald Trump and Russian collusion. We knew that the Steele dossier which launched this circus was fake. Nothing be corroborated. We knew it was a Clinton-funded venture as well. Everything from the recent indictment of a Steele dossier source proves that we were right all along—it was just that no one cared. The liars cannot admit to their own scheme. Kimberley Strassel of The Wall Street Journal had a lengthy op-ed about why she thinks this is the greatest political scandal of all time, not least being the breadth of this fiasco. She notes how long it took for the media to uncover what was clear as day about this political assassination against Trump. Oh, and it seems the real colluders from the get-go were Clinton allies. Again, you’ve known this for many months (via WSJ):

Special counsel John Durham this week obtained an indictment of Igor Danchenko, a Russian who provided information for the dossier. Mr. Danchenko is charged with lying to the FBI, but the bigger story of the indictment is Democrats’ central role in every aspect of the dossier and the FBI investigation.

It took a year for congressional investigators to reveal the dossier had in fact been commissioned by the opposition-research firm Fusion GPS, working for the Democratic Party and Hillary Clinton’s campaign. It took two more years for Justice Department Inspector General Michael Horowitz to expose that Mr. Steele had relied on a Russian source who said he’d never expected Mr. Steele to present his info as facts, since most of it was “hearsay.” Two more years on, Mr. Durham’s indictment says this source—Mr. Danchenko—obtained material from a long-time Democratic operative who was active in the 2016 Clinton campaign. Clintonites here, Clintonites there, Trump “scandals” everywhere.

The revelation shouldn’t surprise us, given that Mr. Danchenko was never some high-level Russian in Moscow. From 2005 through 2010 he worked at the Washington-based Brookings Institution, a centre-left think tank. Around the end of that employment, the indictment asserts, he was introduced to “PR Executive-1,” a Clinton crony who the New York Times confirmed is Charles Dolan.

Mr. Dolan has long been in Clinton circles, having served seven years as head of the Democratic Governors Association and state chairman of Bill Clinton’s 1992 and 1996 presidential campaigns. President Clinton appointed him to a State Department advisory commission, and the indictment notes he was an active “volunteer” on Mrs. Clinton’s 2016 campaign. He also had far more ties to Russians than anyone in Mr. Trump’s circle, having for eight years helped handle “global public relations for the Russian government” and throughout 2016 interacted frequently with senior Russian officials and Russian Embassy staff.

The indictment reveals that in August 2016, Mr. Danchenko asked Mr. Dolan for any “thought, rumour or allegation” regarding the summer’s resignation of Paul Manafort as Mr. Trump’s campaign manager. Mr. Danchenko explained he was working on a “project against Trump.” Mr. Dolan replied that he’d had a drink with a “GOP friend of mine who knows some of the players” and provided gossip. Sentences of this email appear nearly verbatim in the Steele dossier, though they are (hilariously) sourced to a “close associate of TRUMP.” To add farce to fantasy, the indictment says the Mr. Dolan later told the FBI he’d fabricated meeting a GOP friend and had simply passed on info he’d read in the press.

The indictment notes Mr. Dolan was connected to yet other people and events that appear in the dossier. He travelled to Moscow in June 2016 to plan a conference. He stayed at the Moscow Ritz-Carlton, where he met the general manager and staff and toured the presidential suite. The dossier’s ugliest accusation against Mr. Trump, which involves disgusting sexual acts, happens to be set in the Ritz-Carlton’s presidential suite and to mention the hotel manager and staff. Mr. Danchenko met with Mr. Dolan at the Moscow hotel on that trip. He flew soon after to London to provide information to Mr. Steele for his dossier.

The indictment flags meetings, emails and calls that suggests Mr. Dolan passed plenty of other information to Mr. Danchenko for the dossier. This includes information he might have obtained during visits to the Russian Embassy in Washington. (Did the Russians know where this was going?) Mr. Dolan was also in regular communication with Olga Galkina, another Russian who fed information to Mr. Danchenko for the dossier. Ms. Galkina noted in two separate emails that she was expecting Mr. Dolan to get her a State Department job in a Hillary Clinton administration.

The indictment alleges Mr. Danchenko lied about Mr. Dolan’s interaction with the dossier when the bureau belatedly tried to check the dossier’s accuracy. The indictment says all this deprived the FBI of the ability to learn about the “reliability, motivations, and potential bias” of the Democratic source. True, though this latest indictment again paints the FBI as either inept or biased.

Given recent developments, yes—the FBI is both inept and biased. They were too busy manufacturing evidence to keep this fake narrative alive, so much that they missed actual crimes. Larry Nasser was sexually abusing scores of American gymnasts. The FBI was warned. They just didn’t care, nor did they follow up on the multiple reports of sexual misconduct. Olympic champions were abused by this man, came forward, and the FBI did nothing. Now, they’re being used against Biden’s goon squad against Project Veritas.

We all know this house of cards was going to collapse. We just didn’t think it would take this long. Now, the Durham probe has reached the Biden White House as Jake Sullivan, another Clintonite, has been named in the investigation. The sad part about the Durham probe is that while it seems to be thorough as hell, this development will probably be the last we hear about it for months. Will we even get a report? We’ll just have to wait and see.

“The Clinton dossier should go down as one of the biggest scandals in U.S. political history,” wrote Strassel. “Not just for the breadth of the con, but for the time it has taken to expose it.”

And I feel like we have yet to be served more red meat about this fiasco.

The FBI Doesn’t Track Antifa Violence
In a congressional hearing, Rep. Nancy Mace (R-SC) pressed a representative from the FBI on discrepancies between domestic terrorist activity that the FBI is tracking. Mace wants answers on domestic terrorist groups such as Antifa, Black Lives Matter, and other anarchist groups that the FBI seems to leave out.
0 seconds of 3 minutes, 0 secondsVolume 90%
More Videos