Trial Day6: Transhumanism, Ultimate Goal For All Bar The Elite

NER: I haven’t watched the 4 hour video yet, but based on other reading, the globalist plan, as explained by the Luciferian Klaus Schwab, is to have us all modified by chip implantation so that there can be a two way communication with computers. Obviously they don’t say this, but my interpretation of “you will own nothing & be happy” is that they will shut down the pleasure centre in our brain & we will be happy for any reason or none. Remember it’s only the “lucky” ones who will enjoy this euphoric life in a high rise building with only the bare essentials provided on a lease basis by the elite. Again I say, if they are not overthrown, life as you know it is finished. 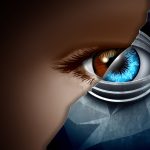 (NaturalHealth365)  On February 26th, 2022, as part of the Grand Jury Investigation’s final session – the model proceeding to expose the evidence of COVID-19 crimes against humanity – expert witnesses testified, exposing some of the most difficult-to-face aspects of the pandemic agenda – transhumanism, eugenics, and genocide.  If you have followed the investigation and watched the previous testimonies, you have seen compelling evidence that clearly shows how a small group of people perpetrated these crimes to control the global population, remove fundamental rights and set the stage for a permanent “new normal” defined by submission, slavery, and depopulation.

The good news is that with each passing day, more people realize that the official narrative has begun to collapse under its own weight.  But after watching the recording of the proceeding, it will become crystal clear that the nefarious actors responsible for the immense suffering inflicted on billions of people worldwide are also pushing the transhumanist agenda, which they have been working on for many years.

Confused about how transhumanism ties into the COVID-19 pandemic?  The following testimonies help clarify the connection.

Transhumanism: The final stage in the “genetic takeover of all living things”

On day 6 of the proceedings, the first testimony was delivered by Patrick Wood, an American economist, author, and self-proclaimed critical expert on issues such as sustainable development, green economy, Agenda 21, Agenda 2030, and historic technocracy.

According to Mr. Wood, eugenics has been slowly sneaking up on us for the past 25 to 30 years.  While the roots of the eugenics movement go way back in history, the public has paid little attention to the momentum it has gained over the years.  Transhumanism, which according to many, is the new face of eugenics, appears to be one of the vehicles globalists are using to carry out their plan.

Watch the video to learn more about the complexities surrounding the transhumanist future the World Economic Forum envisions for all of us and how it ties in with the pandemic.  Patrick Wood’s testimony begins at timestamp 7:03 minutes.

Do NOT ignore the health dangers linked to toxic indoor air.  These chemicals – the ‘off-gassing’ of paints, mattresses, carpets and other home/office building materials – increase your risk of nasal congestion, fatigue, poor sleep, skin issues plus many other health issues.

Get the BEST indoor air purification system – at the LOWEST price, exclusively for NaturalHealth365 readers.  I, personally use this system in my home AND office.  Click HERE to order now – before the sale ends.

While the term transhumanism may sound like an elusive theory straight out of a sci-fi movie, in actuality, it is clearly defined by non other than the founder of modern transhumanism, Max More.  “Transhumanism promotes an interdisciplinary approach to understanding and evaluating the opportunities for enhancing the human condition, and the human organism opened up by the advancement of technology.  Attention is given to both present technologies, like genetic engineering and information technology, and anticipated future ones, such as molecular nanotechnology and artificial intelligence.”

Although to some, the above definition may not appear threatening as the promise of “enhancing the human condition” sounds attractive, the truth is, the idea is extremely dangerous that will lead to the extinction of the human race as we know it.

The World Economic Forum’s definition of transhumanism is even more frightening.  Nevertheless, it helps us understand where we are today and why they have been pushing the idea of genetic and implantable technologies.  “The central premise of transhumanism, then, is that biological evolution will eventually be overtaken by advances in genetic, wearable and implantable technologies that artificially expedite the evolutionary process.”

Scientists labelled as conspiracy theorists have warned about mRNA injections’ potential to alter human DNA even before the COVID-19 jab rollout.  Despite persistent claims from mainstream media and government agencies that these shots have no DNA-altering effects, a recent study from Sweden has surfaced, proving without the shadow of a doubt that the mRNA jabs are indeed changing our DNA.

What could go wrong, you may ask?  Plenty, as it turns out.  According to Dr. McCullough, the fact that mRNA shots are converted into DNA will have “enormous implications of permanent chromosomal change.”

In his testimony, Mr. Wood reminds us that the genetic modification of most living beings has long been underway.  Think GMO food crops, for instance.  Monsanto has been experimenting for years with the genetic engineering of seeds.  Canola, soybeans, wheat, and corn are only some examples of genetically engineered foods.  But crops have not been the only target.  Insects, farmed fish, cattle, pigs, and birds have also been genetically modified.

And for those who are just now learning about transhumanism, it may be too difficult to conceive the possibility that modifying human DNA may be the final stage in the “genetic takeover of all living things.”  Regardless, that’s where we are today.

Ultimately, it’s up to each of us to decide … what do you think?  Is it possible that the hidden intention behind the aggressive rollout of mRNA injections has been to further the transhumanist agenda?