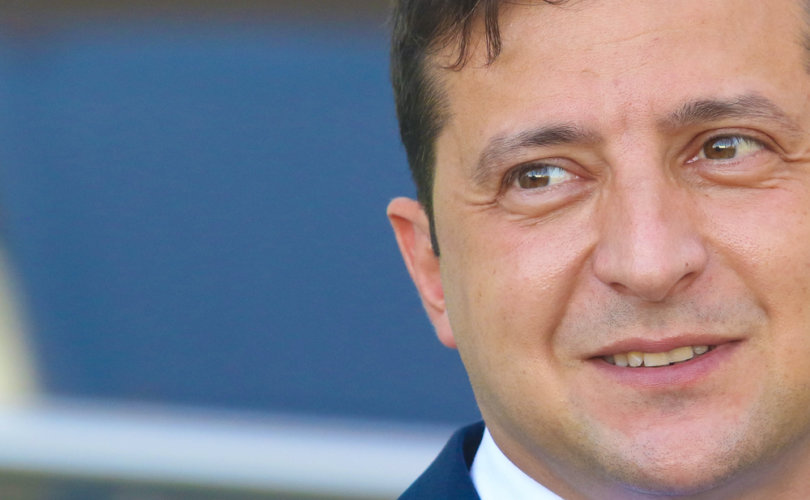 (LifeSiteNews) – Ukraine’s President Volodymyr Zelenskyy has stated that Canadian Prime Minister Justin Trudeau was one of the reasons he got into politics.

@JustinTrudeau  was one of those leaders who inspired me to join politics. 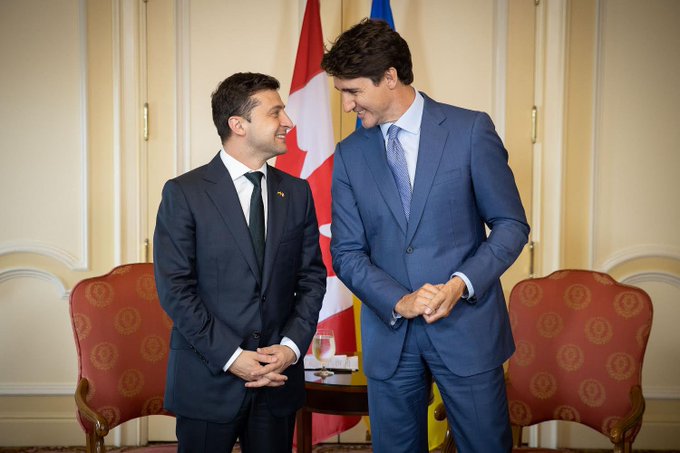 While Zelensky has shot to stardom from relative obscurity from the perspective of the West since the Russo-Ukrainian conflict became international news last week, his admiration for Trudeau comes as less of a surprise when looking into his background.

Like Trudeau, Zelensky is an acolyte of Klaus Schwab’s World Economic Forum, the globalist organization behind the now-infamous “Great Reset” agenda, which tells the world that by the year 2030, “You’ll own nothing and you’ll be happy.”

On Tuesday, for example, Ukrainian journalist Daria Kaleniuk made an emotional demand to British Prime Minister Boris Johnson, asking him to instruct NATO to enter the war in Ukraine. After the event was praised in Western media, reports surfaced showing that Kaleniuk is not just a journalist, but a member of the WEF and runs initiatives backed by Soros throughout Eastern Europe.

While many are sceptical of Russian President Vladimir Putin and his former ties to the KGB, scrutiny of the other side of the conflict seems absent in mainstream outlets which has worried many considering the radical nature of the WEF and their Great Reset goals.

The Great Reset is a radical socialist plan designed by global elites to “reset” the world economy, and install a centralized, and heavily regulated totalitarian international system similar to that of China’s Social Credit System.

In fact, the WEF’s founder and chairman Klaus Schwab has consistently praised Chinese Communist President Xi Jinping, including a statement from this year in which he told the leader of China that his dictatorial regime has made “significant social and economic achievements” under his “inclusive” leadership. Schwab’s praise and reference to China as “inclusive” comes despite evidence that China is carrying out a genocide on its Uyghur Muslim population, is running a massive organ-harvesting program, and has been referred to by critics as the “nightmare of the world’s first truly totalitarian state.”

From a purely strategic standpoint, with an emphasis on keeping deaths and casualties to a minimum, there are those too who reject the notion that the West should become involved in the war as it may serve to escalate, not end, the conflict.

“The gruesome impact of major wars is often underestimated at their outsets. Take the Civil War. Few people, South or North, imagined the war would claim anywhere from 600,000 to 850,000 lives, depending on estimates. At the beginning of World War I, neither side foresaw a staggering 40 million causalities, military and civilian, in that pointless conflict,” wrote Smith.

“Who really believes that a U.S./NATO-Russia war could be contained to Ukraine? Wars are inherently unpredictable; they have their own dynamics. Either through design or blunder, spillover to NATO nations seems a smart bet. Why wouldn’t Putin strike enemy targets beyond Ukraine’s borders? Why wouldn’t the U.S. and NATO retaliate, if not initiate?”